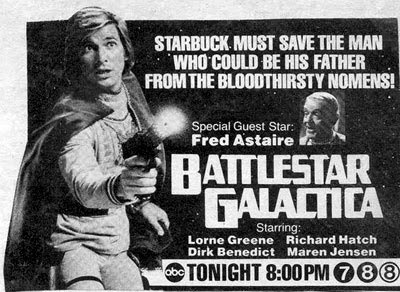 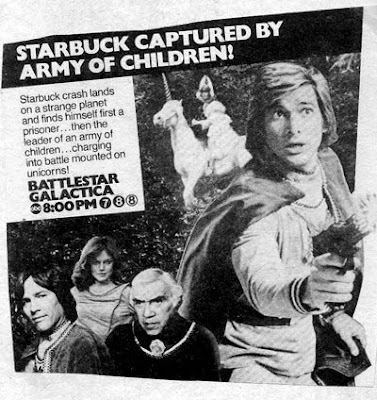 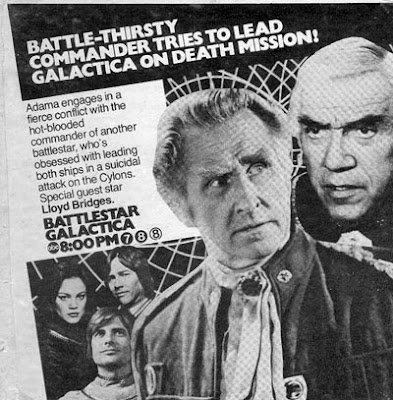 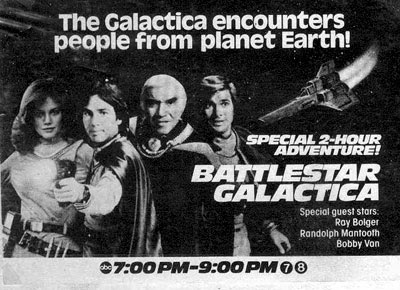 More vintage TV Guide clippings from my collection. Someone at ABC really liked that one Dirk Benedict publicity still, didn't they? "Boltar?"
Posted by Christopher Mills at 9:13 PM 5 comments:


Thirty(!) years ago today, the first (and still the best) Star Wars sequel, The Empire Strikes Back, was released to theaters. I vividly remember standing in line at the long gone and forgotten, one-screen movie theater at the Turnpike Mall in Augusta, Maine (same screen where I saw Star Trek- The Motion Picture and Moonraker), wearing a bright orange T-shirt with an image of Darth Vader holding his lightsaber on the front.
I was fifteen.

Email ThisBlogThis!Share to TwitterShare to FacebookShare to Pinterest
Labels: 1980, Star Wars, The Empire Strikes Back, Trailers 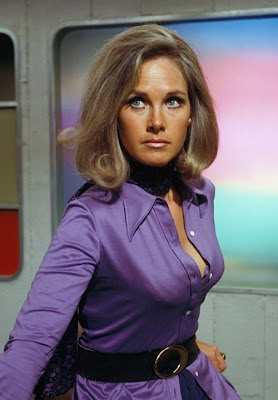 Gorgeous Wanda Ventham as the no-nonsense Colonel Virginia Lake on Gerry Anderson's UFO. In the second production block for the series, actor George Sewell didn't return to reprise his role as Colonel Alec Freeman for some reason, so the producers brought back the statuesque, blonde Ventham, who had appeared briefly in the pilot, to take his place as Commander Straker's No. 2 at SHADO.

Lake was a very strong character, a tough and tough-minded officer who also happened to be a very sexy woman. She was competent, commanding and able to hold her own on screen with Ed Bishop's Straker - not an easy task.

Ventham has had a long and prolific career on British television as a popular guest artist and as a regular on numerous series. Among those appearances were roles in three Doctor Who stories.
Posted by Christopher Mills at 4:42 PM 7 comments: