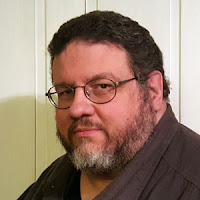 • Return Of The Blogger:  Wow. I haven't posted a "Captain's bLog" entry since November, 2014. Of course, I haven't posted to the blog much at all for the last couple of years, though I've never completely abandoned it. Working on this blog has always been a labor of love for me, but after six years of fairly regular posting, it eventually became a bit harder to justify the time I spent on the blog.

There are a number of reasons for this; most prominently, I've been spending more of my time on my comic book writing. Time and energy spent writing posts about Battlestar Galactica, Planet Of The Apes, Ark II and The Incredible Hulk was time I wasn't spending on writing comic book scripts, publisher pitches or short stories.

Additionally, a couple years back, my state lawmakers made it so that I could no longer earn money through Amazon referrals, and while I never made significant cubits that way, the payments that I did receive at least helped amortize the time spent on 70s sci-fi nostalgia. Every once in a while, generous readers made donations to the site, and I always tried to pay back their kindness with extra content, but such contributions were few and far between.

I also had some discouraging feedback that undercut my enthusiasm for retro blogging, such as a fairly vicious comment thread on Reddit where my passion for this subject matter was savaged and I was accused of being a sexist monster for the "Space Babes" feature. Perhaps I shouldn't have, but I took it personally.

Still, as I mentioned before, I never completely abandoned this blog, posting occasionally when the mood struck or I found something cool I really wanted to share, or had a relevant news item to post.

Ultimately, I'm still here... and I'm pondering ways to increase the frequency of updates here on the blog and ways to refresh and "reboot" the site. I'm considering opening the blog up to occasional "guest posts" from other Star Kids (if you're interested, drop me a line at atomicpulp@gmail.com), and will probably start posting capsule reviews of the few Space: 1970-era television shows that still are not commercially available in the U.S., like Project U.F.O. and The Fantastic Journey. Look for more "Fave Fives" and "Hall of Fame" posts, as well.

Justifying my time on the blog (and, thus, away from my other writing) is still a concern, but I received a very generous donation from a Space: 1970 fan this weekend, so I'll be making a sincere effort to publish more frequent blog updates throughout August and September. 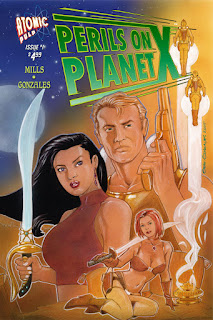 Sometime soon, look for a review of a rarely-seen 1981 fantasy telefilm and a new "Fave fives" post.

Thanks to all of you who haven't given up on Space: 1970. Your patience and support is appreciated.

• Shameless plug: Perils On Planet X in print!  Over the past few years, I've occasionally mentioned my comic, Perils On Planet X. Originally serialized online, the entire, three-issue pulp space opera miniseries was officially published earlier this year under my own Atomic Pulp imprint, and is now available in print via mail order from IndyPlanet.

Each issue is 32 full-color pages, printed on high-quality, heavy paper stock. All three issues are also available as digital downloads, for those who prefer to read comics electronically.

If you're a fan of stuff like John Carter of Mars, Flash Gordon or Blackstar, you might enjoy Perils.  It's got monsters, rayguns, jetpacks, swordplay, sexy lady sky pirates, and a beautiful space princess. I'd appreciate it if you checked it out.

• Space: 1970 Wants You: I've always been open to - and grateful for - submissions from my readers. Now I want to outright encourage you folks to send me any cool Space: 1970-era stuff you might think would be interesting to your fellow Star Kids. Rare photos and production art, behind-the-scenes stills, nominations for "Space Babes" or Reader Polls, pretty much anything, really. Hell, even if you'd like to write a Guest Post, just e-mail me. I'll do my best to credit any contributions I use, of course.
Posted by Christopher Mills at 1:33 AM 33 comments: 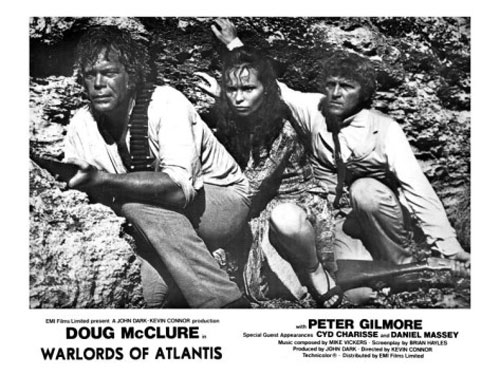 While it's not my favorite of the Dark/Connor/McClure epics, I do enjoy revisiting it once a year or so. It's not based on an Edgar Rice Burroughs novel this time, but the filmmakers follow the same basic formula, and have added some highly imaginative touches of their own. The creature effects are low-tech fun, and, the rapid pace and slightly tongue-in-cheek tone makes for another entertaining Saturday matinee adventure.

It's too bad that it's still not readily available on home video in the U.S. 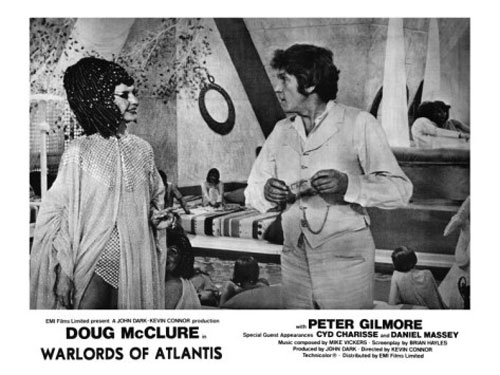 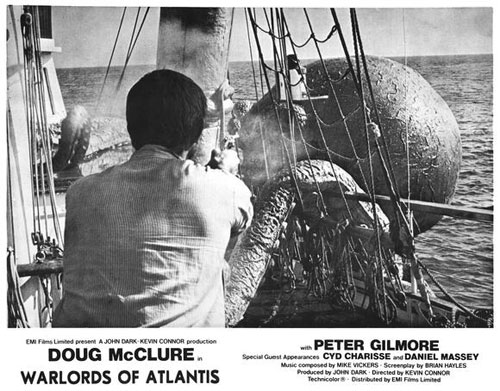 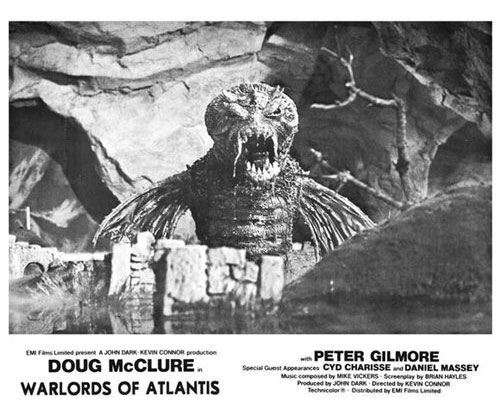 Posted by Christopher Mills at 12:57 AM 2 comments: 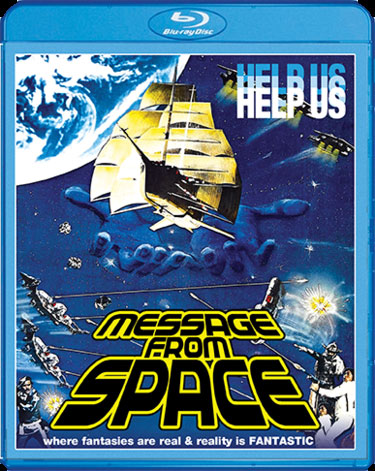 Shout! Factory has announced that it will be releasing a high-definition Blu-ray edition of Kinji Fukasaku's 1978 epic Message From Space in September. This is a limited edition release - only 1,000 copies will be made - and it's available for pre-order now, exclusively through the Shout! website.

This is the U.S. English-language version, and the only bonus features are the trailer and a still gallery. It's a little pricey for my budget, but I've already pre-ordered my copy. I love this movie, space fireflies, magic walnuts and all.
Posted by Christopher Mills at 12:07 PM 3 comments: