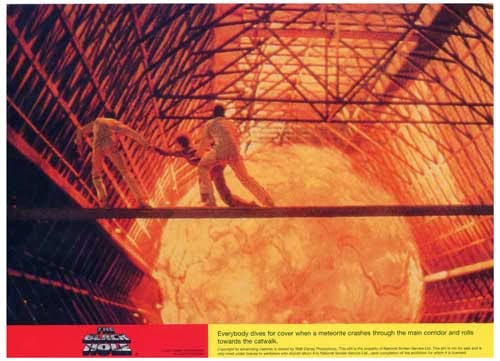 Courtesy of Star Kid Paul Quinn, here is a selection of colorful lobby cards from Disney's 1979 entry in the post-Star Wars cinematic space opera wave, The Black Hole. These scans are from a set of reproductions included in the 1999 special "tin box" VHS edition of the film, released by Anchor Bay Entertainment.

This is a cool collection, because aside from the familiar "rolling meteor" shot above, and the standard aft shot of the Cygnus, there are a bunch of lesser-seen stills from the movie included in this set. Enjoy. 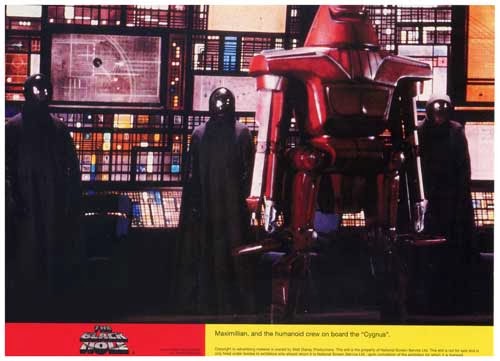 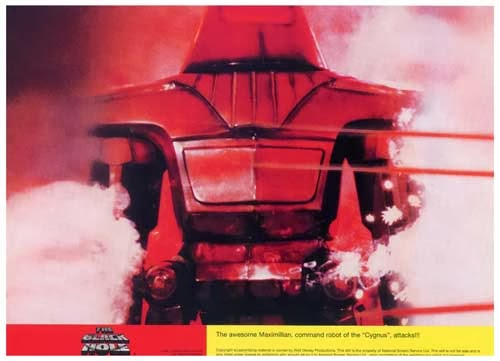 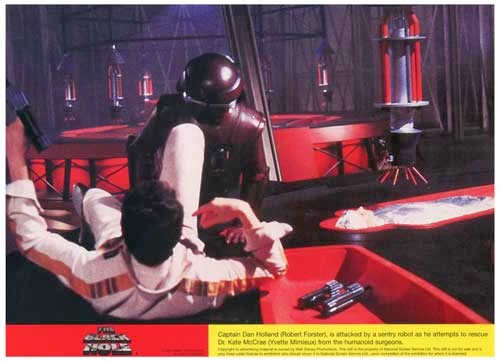 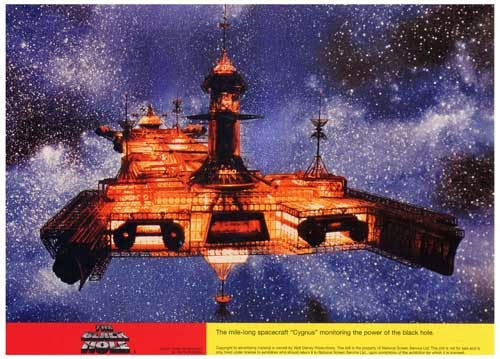 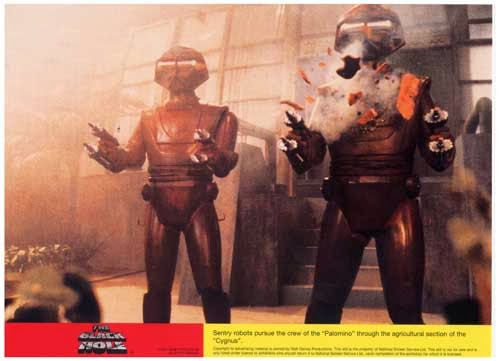 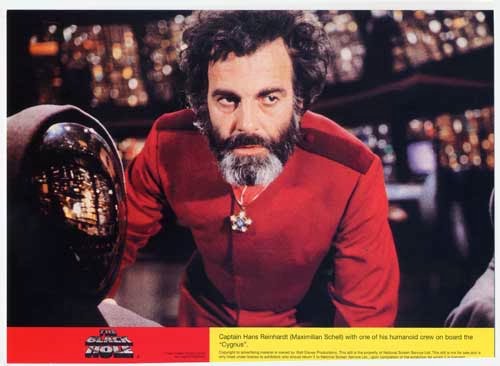 And, before I forget, I'd like to express my appreciation for the late Maximilian Schell, who portrayed the demented Doctor Hans Reinhardt in The Black Hole, who passed away just a few weeks ago on February 1st. The highly-respected and acclaimed Austrian actor was 83 years of age. R.I.P.
Posted by Christopher Mills at 12:02 AM 13 comments: 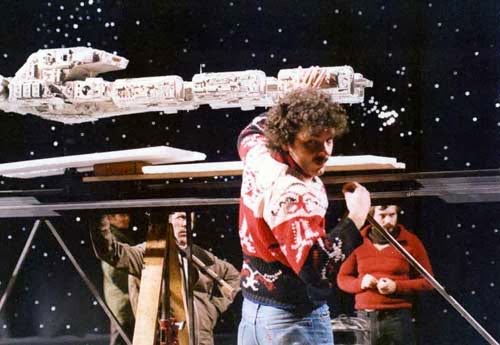 An Italian effects crew sets up a miniature shot during production of 1979's The Humanoid, director Aldo Lado's answer to Star Wars, starring Richard Kiel and Barbara Bach. I finally got to see the film last year, and while it's not as much fun as Starcrash, it is enjoyably goofy.

I actually thought the spaceship miniatures were pretty decent (as evidenced above), even if the effects techniques themselves were primitive in comparison to their Hollywood competitors.
Posted by Christopher Mills at 11:43 AM 3 comments:

Email ThisBlogThis!Share to TwitterShare to FacebookShare to Pinterest
Labels: 1979, Behind-The-Scenes, The Humanoid 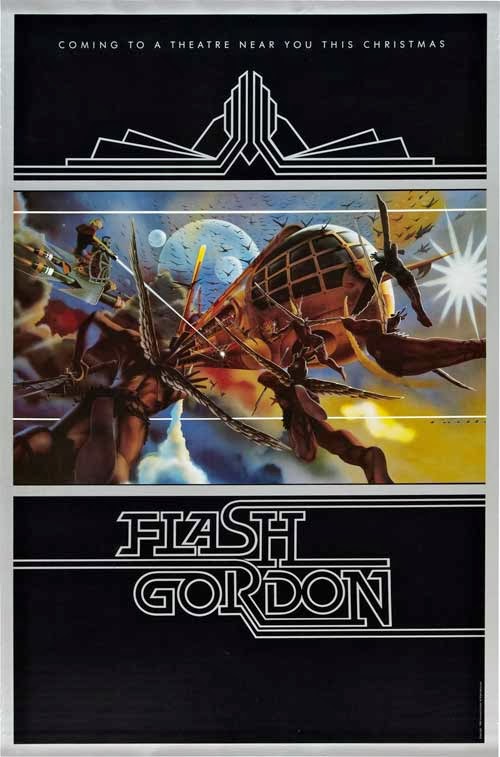 I may be mistaken, but I believe that this poster by artist Philip Castle was the first piece of publicity art released for the Mike Hodges-directed Flash Gordon feature film in 1980.

I remember seeing this art of Vultan's Hawkmen attacking the war rocket Ajax, in Starlog and other genre fan magazines months and months before the film's release. I assume that it was a piece of repurposed pre-production art. In any case, I'm glad I finally found a decent scan of it....
Posted by Christopher Mills at 2:51 PM 14 comments: