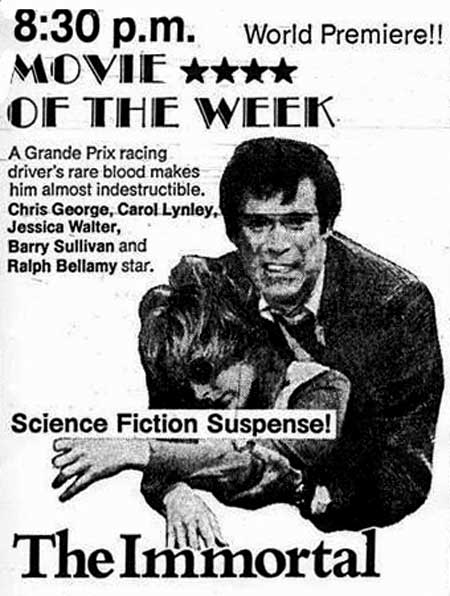 Details on the DVD release are sparse at this point, as it was one of about a dozen titles announced last week by VEI (which also released the David McCallum Invisible Man on disc a few years back). Among those other titles, one that might be of some interest to Star Kids is the 1973 series, The Magician, starring Bill Bixby, of The Incredible Hulk.
Posted by Christopher Mills at 11:59 PM 4 comments: