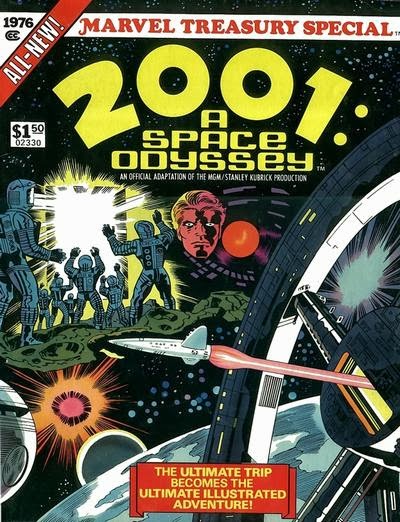 I don't know if anyone has ever satisfyingly explained why Marvel Comics chose to license Stanley Kubrick's 1968 science fiction headtrip, 2001: A Space Odyssey, for an ongoing monthly comic book, nor why they waited eight years after the film's release to do so. It is also baffling why (except for the fact that they were contractually obligated to keep the artist busy with work) they chose the awesome Jack Kirby to write and illustrate it.

Kirby was an astounding artist and creative genius, but his explosive, dynamic art - and decidedly thunderous prose - were hardly sympatico with Kubrick's stark visual style and leisurely storytelling. Also, the film really didn't seem to lead naturally into any sort of traditional continuation, so the Marvel Comic had to blaze its own, bizarre path in building on the film's narrative.

In any case, after an oversized "Treasury Edition" adaptation of the film in 1976, the subsequent ongoing 2001 comic ran for ten issues, all produced by the legendary Kirby, who explored the movies themes and concepts in his own unique manner. The stories were wild, colorful and bugnuts crazy, but they did make one lasting contribution to the sprawling Marvel universe in the form of Kirby's robotic creation, Mister Machine/Machine Man, who was introduced and featured in the final issues of the book.

Here are Kirby's covers for the ten-issue run: 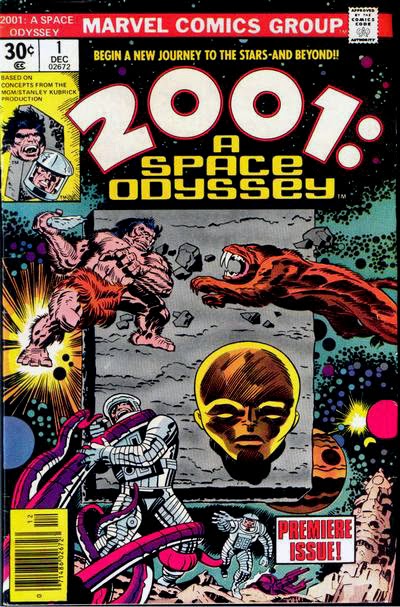 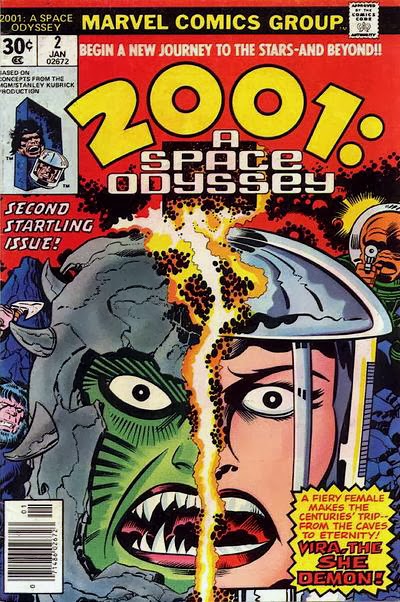 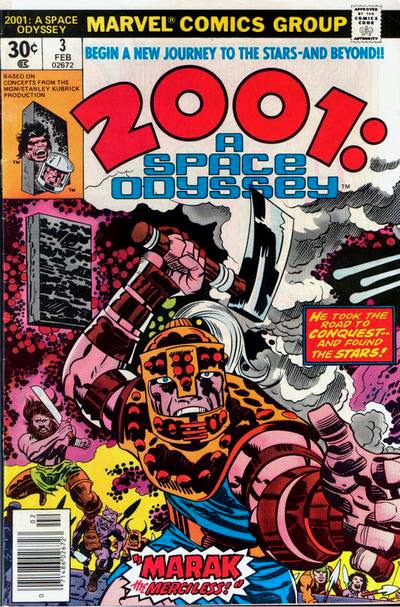 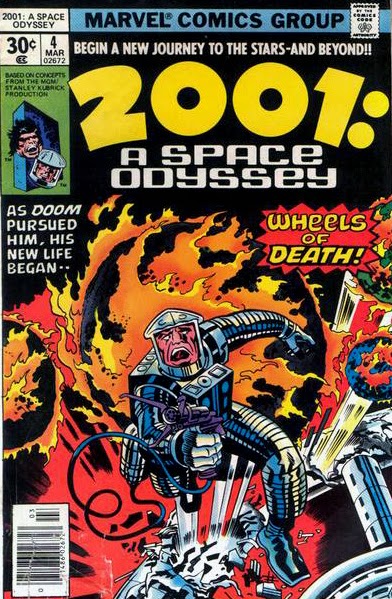 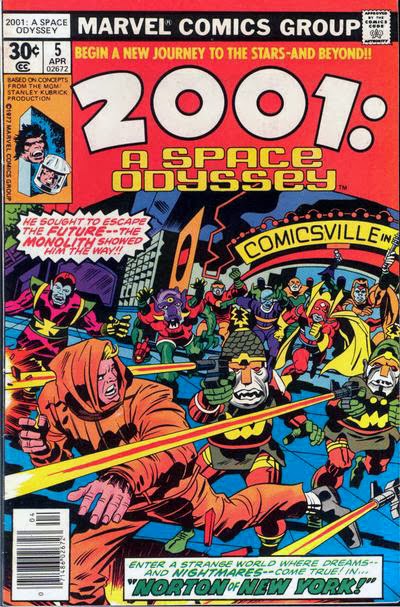 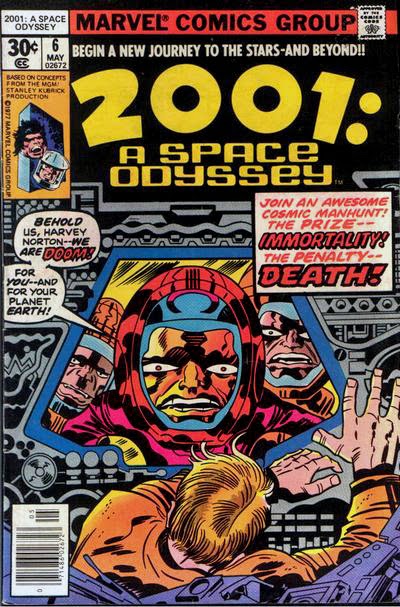 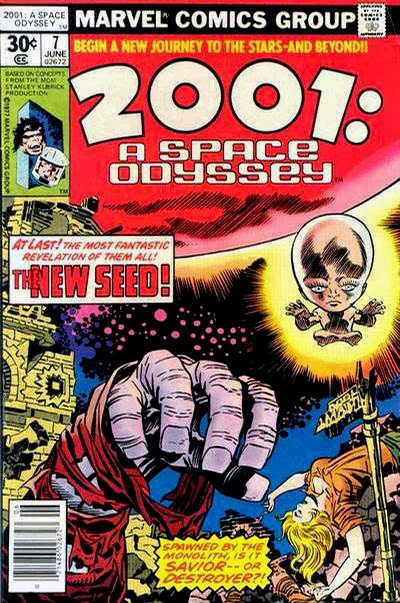 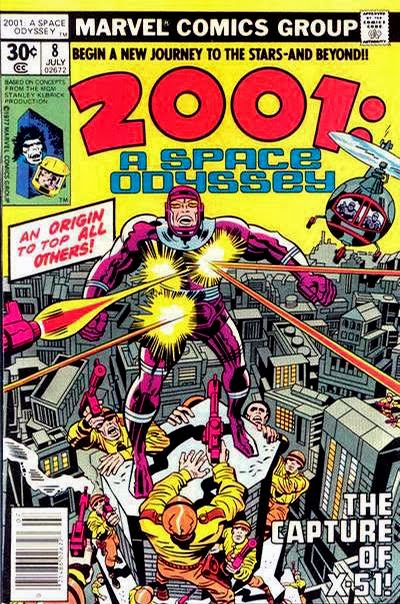 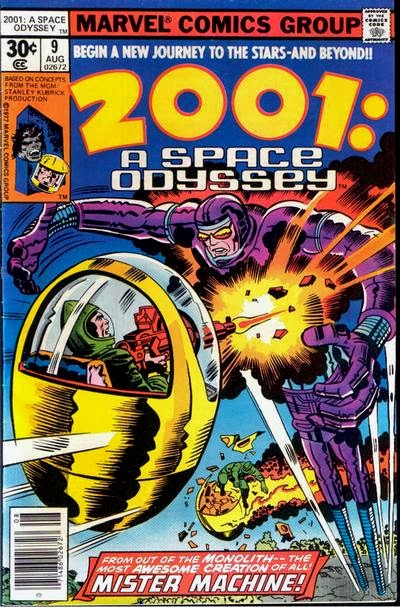 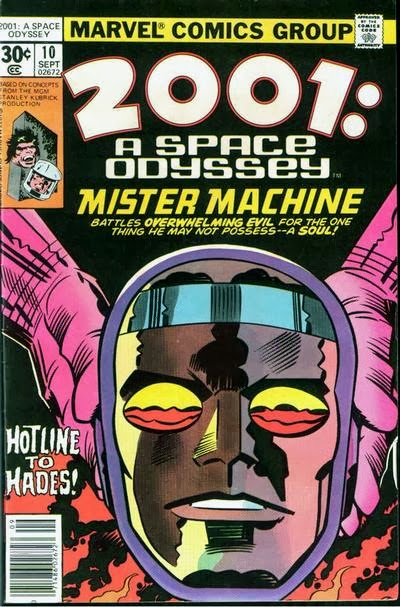 The editors of Scholastic Magazine's Dynamite sure loved cover-featuring 70's genre television, including more than a few one-season wonders like 1975's The Invisible Man, starring David McCallum, Melinda Fee (The Aliens Are Coming) and Craig Stevens.The show was NBC's "answer" to rival network ABC's hugely successful bionic adventure show, The Six Million Dollar Man, and even shared many of the same creative personnel. Unfortunately, it only lasted a mere 13 episodes before fading away....

Not at all coincidentally, today is David McCallum's 80th birthday. Here's wishing him a great one!
Posted by Christopher Mills at 6:25 PM 4 comments: 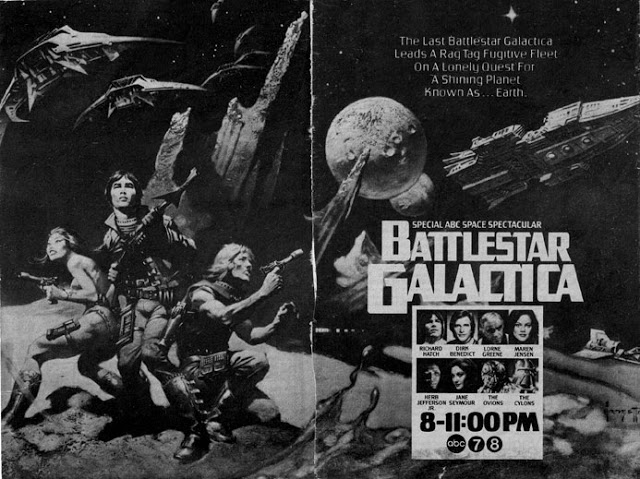 "Fleeing from the Cylon tyranny, the last battlestar, Galactica, leads a rag-tag fugitive fleet on a lonely quest: a shining planet, known as... Earth." On this date in 1978, the three-hour world premiere of Glen A. Larson's Battlestar Galactica aired on ABC, and like most of you, I was sitting on the living room floor about three feet from the TV, enjoying every minute of it. Happy 35th anniversary to the epic series that refuses to fade away!


"That's why you got the job!" I never had any of the large-sized Star Wars action figures - hell, I had very few of the small ones - but I would have loved to own this cool Boba Fett doll. And Darth Vader (sold seperately), for that matter....

Posting has been light here of late as I've been concentrating on other projects and, frankly, recharging the nostalgia batteries. About a month or so ago, I started to feel a bit exhausted trying to come up with material to maintain nigh-daily Space: 1970 updates, and although I didn't really plan it, I obviously needed a break. 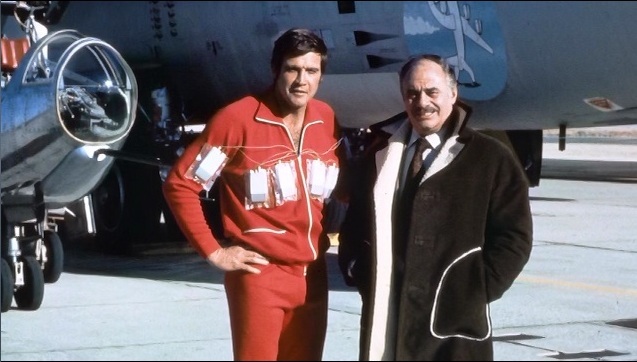 The bionic man himself (clad in iconic red track suit), Lee Majors, hangs with the original Dr. Rudy Wells, noted actor Martin Balsam, on location at Edwards Air Force Base during the shooting of the original Six Million Dollar Man television movie/series pilot in 1973.
Posted by Christopher Mills at 3:20 PM No comments: 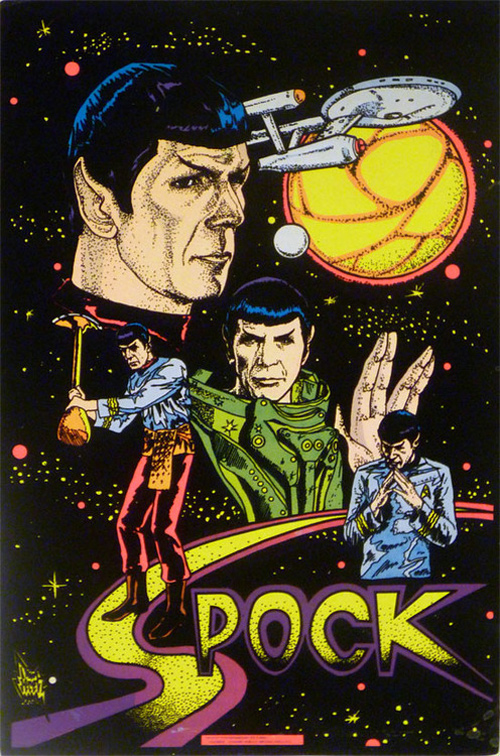