MAN FROM ATLANTIS: My Review From '77 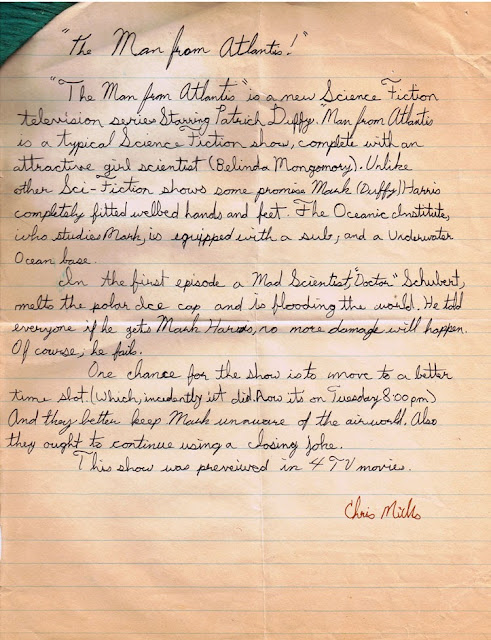 Apparently, I was destined to author this blog. On a recent visit to my parents' house, my mom presented me with this recently unearthed, Junior High-era essay that I wrote in the Autumn of 1977, reviewing the Man From Atlantis television series. Attached to this grammatically-challenged document was a first place ribbon - so, obviously, this was written for some sort of classroom competition.

I think my grammar is slightly better these days, but I'm surprised at how otherwise familiar my writing style appears here. I'm also quite pleased at my note that the show had a lousy time slot; at 13, I was clearly reading enough TV Guides and Starlogs to understand the role of scheduling on a series' success or failure.
Posted by Christopher Mills at 1:06 PM 9 comments:

Email ThisBlogThis!Share to TwitterShare to FacebookShare to Pinterest
Labels: 1977, Man From Atlantis, Memories 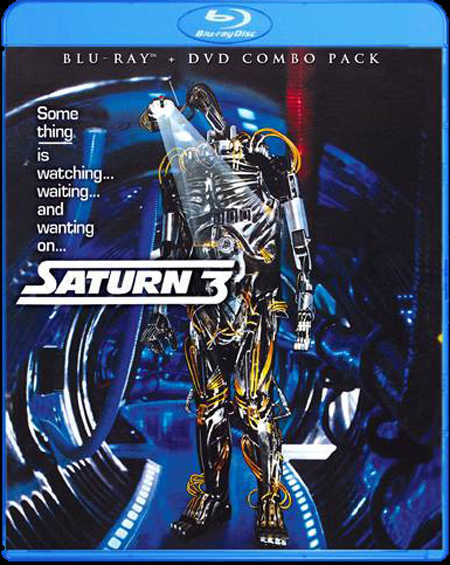 Shout! Factory has released the key art for their upcoming DVD & Blu-ray combo of Saturn 3, which uses the original U.S. theatrical poster image of the homicidal robot, Hector.

Coming in December as part of the company's Scream Factory line, this 1980 Stanley Donen "sci-fi gothic" film stars Kirk Douglas, Harvey Keitel and Farrah Fawcett. More product details (i.e. extras, exact street date) to be announced in early Autumn. I'll be sure to pass along the info as it becomes available.
Posted by Christopher Mills at 12:38 PM 7 comments: 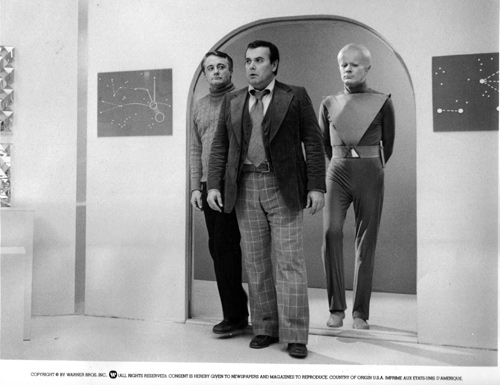 "Forced to seek a new home, the Legion Of The Winged Serpent has selected Planet Earth."

This one's still not legally available on DVD in the U.S. (as far as I know)... 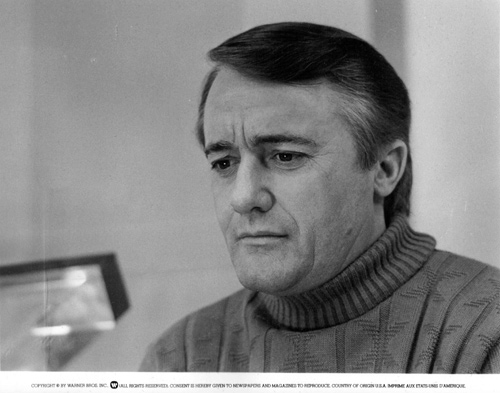 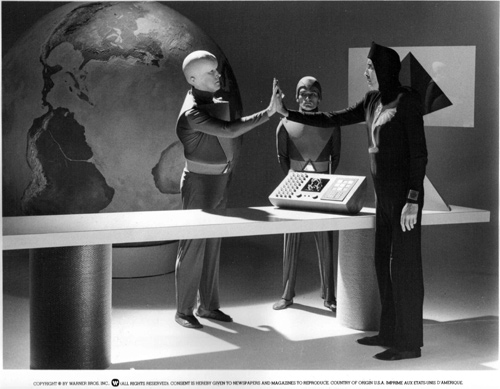 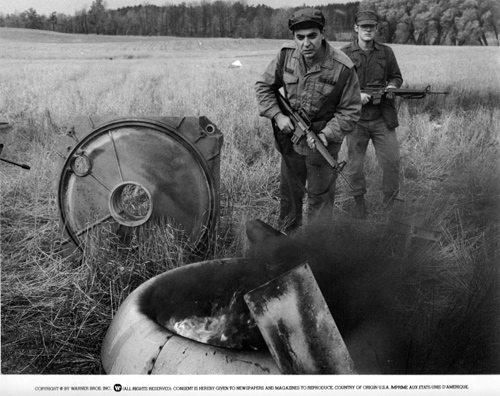 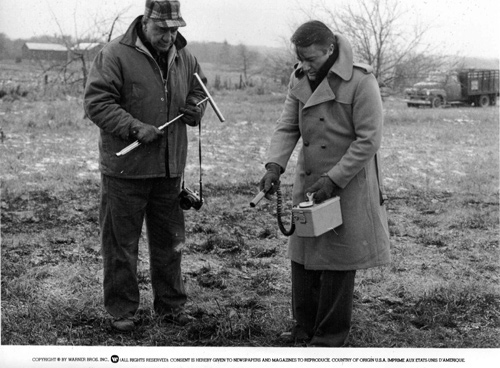 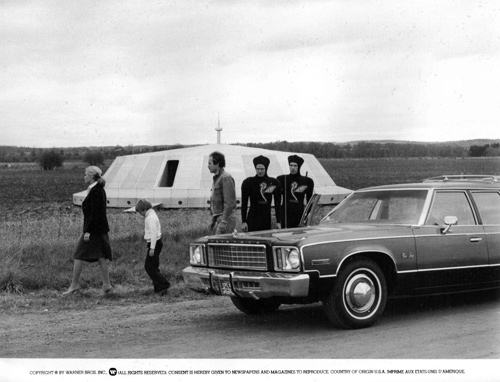 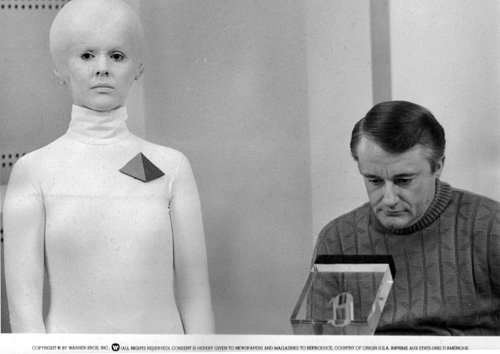 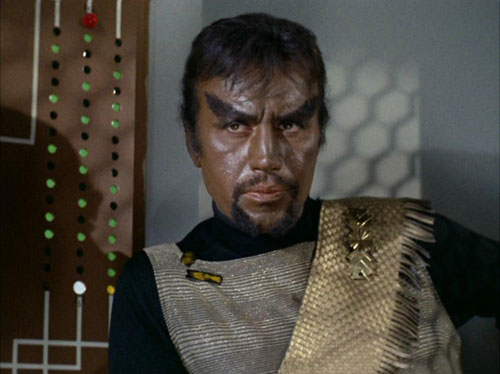 According to the Hollywood Reporter, the imposing Michael Ansara, who portrayed Klingon Commander Kang in the classic Star Trek episode "Day Of the Dove" (as well as a couple of Deep Space Nine episodes), has passed away. He was 91.

The deep-voiced actor also appeared in a recurring role as Kane, Princess Ardala's right-hand man on Buck Rogers In The 25th Century (replacing Henry Silva, who had played Kane in the pilot), and also appeared in episodes of Irwin Allen's 60s sci-fi shows including Voyage To The Bottom Of The Sea, Lost In Space, Land Of The Giants and Time Tunnel.
Posted by Christopher Mills at 3:27 PM 9 comments: 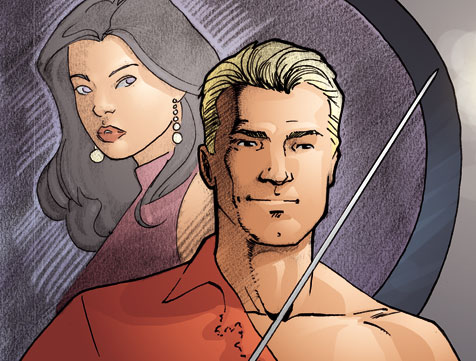 Back in February, I launched the Perils On Planet X sci-fi webcomic, with new, free, full-color comics pages posted every Friday. The first chapter of that swashbuckling space saga ("Captives Of the Corsair Queen") concluded after 24 weeks (with nary a missed update!), on July 12th. (The whole first chapter is still available, by the way, if you want to catch up... and it's free, as always!)

In "Flight Into Terror," time-tossed Earth astronaut Donovan Hawke and the beautiful Xylosian princess, Odyri, make a daring escape from the aerial city of the savage Strato-Pirates, only to find themselves lost in a vast, untamed, alien jungle. "Flight" will run for 28 weeks, and is packed with action and excitement, including raygun battles, aerial dogfights, giant monsters, jetpacks, lost cities... and savage, sanguinary simians.

I hope you'll join us this Friday, and even more, I hope you'll enjoy the adventure enough to share the comic with your friends (and your enemies - I'm not picky!).  I would expect that fans of the kind of shows and movies I write about here on the blog - and fantasy roleplaying enthusiasts - would really enjoy Perils On Planet X.
Posted by Christopher Mills at 11:10 PM 2 comments: