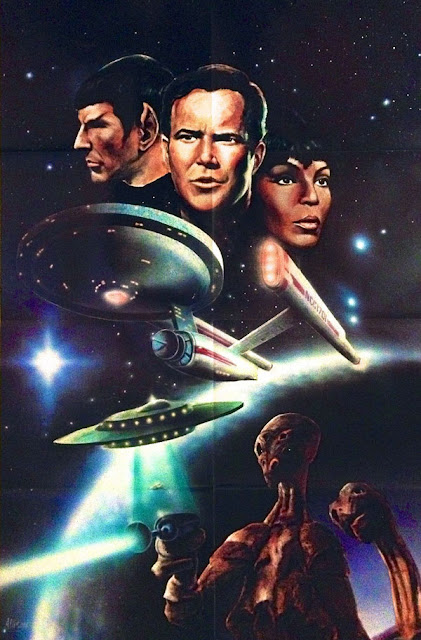 Posted by Christopher Mills at 1:23 AM 9 comments: 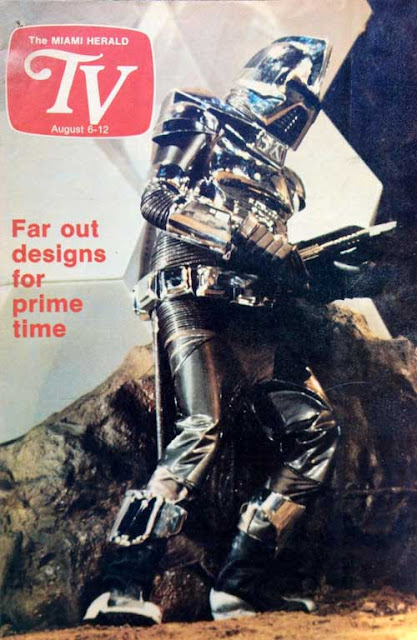 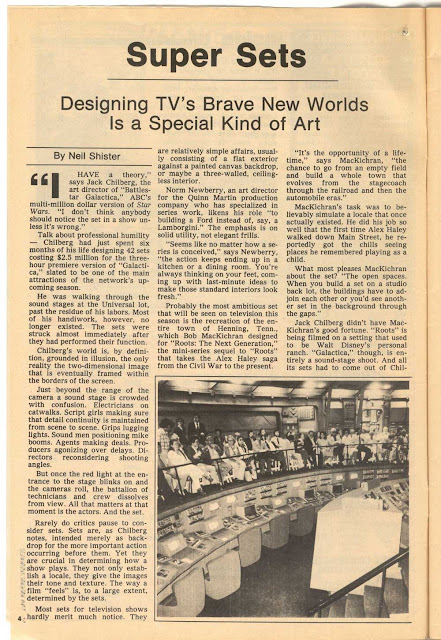 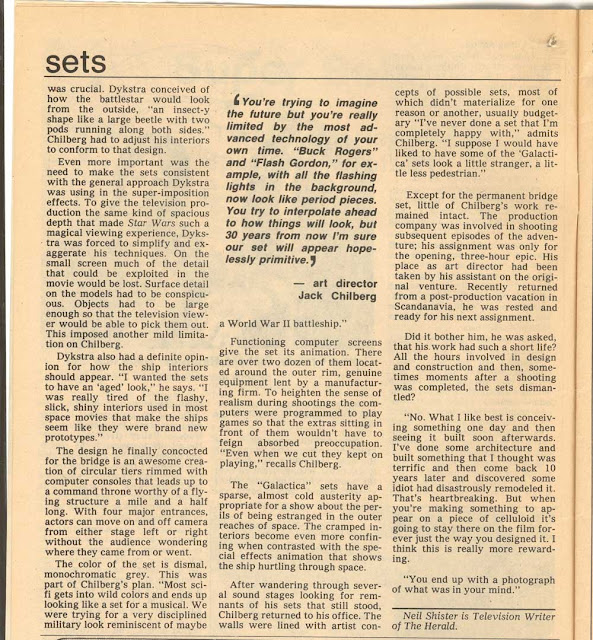 From the Miami Herald's TV section for the week of August 6-12, 1978, here's a fairly in-depth interview with the original Battlestar Galactica's art director Jack Chilberg, discussing the forthcoming space epic's impressive sets and production design. Hell, even today, the Galactica's bridge is still one of the most impressive sets from any science fiction series, with its vast, multi-leveled size and functioning details.
Posted by Christopher Mills at 12:40 AM 6 comments: