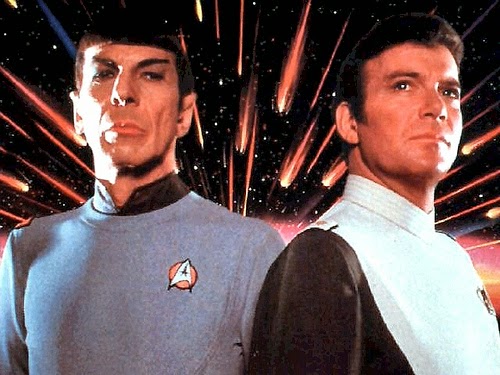 It's that time of year again! Today, Space: 1970 celebrates the great Leonard Nimoy's birthday, and this past Monday, we saw the anniversary of our captain, William Shatner's birth. Both galactic living legends turn 83 this year!
Posted by Christopher Mills at 11:19 AM 1 comment: 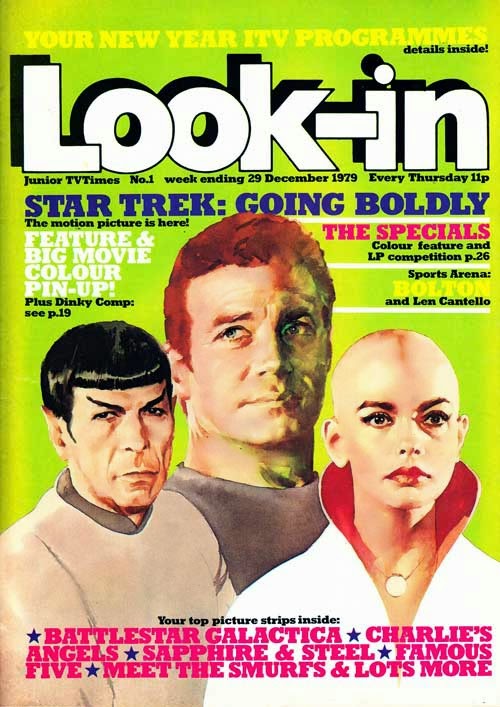 Here's another cool cover from a December '79 issue of the British kid's mag, Look-In, featuring the cast of 1979's Star Trek: The Motion Picture. I'm not sure who the artist is - it may be the work of Look-In regular (and acclaimed film poster artist) Arnaldo Putzu, but somehow it doesn't quite look like his style to me.Of course, I could be wrong, and if I am, it won't be long before someone lets me know.
Posted by Christopher Mills at 2:41 AM 7 comments: 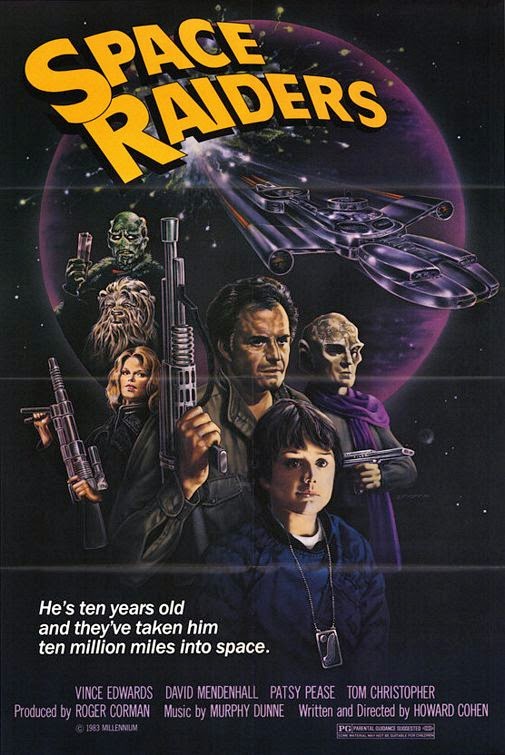 I don't have any product details or a release date - hell, I don't even have "official" confirmation - but it looks like the low-budget 1983 Roger Corman-produced interstellar opus, Space Raiders, will be coming to DVD soon, courtesy of niche DVD label Scorpion Releasing.

My evidence of this is the presence of the Space Raiders trailer on recent Scorpion DVD titles (specifically, the kung fu caper Force: Five, which I purchased not long ago). Scorpion also posted the artwork above (without comment) on their Facebook page last Fall, along with the posters of a few other Corman titles.

This flick from the tail end of the Space: 1970 era (as I loosely define it) stars Vince Edwards and Thom Christopher (Buck Rogers' "Hawk") and recycles copious effects footage from the legendary B-movie producer's earlier space operas, Battle Beyond The Stars and Android (Hmmm. Wonder if Scorpion might pick up that one?).

As more information about this release becomes available, I'll post it here.
Posted by Christopher Mills at 3:02 PM 9 comments:


Here's a couple of cool video artifacts I recently stumbled across. When the premiere episode of Space: 1999, "Breakaway," debuted in the United States, it was evidently accompanied in some markets by a specially-filmed introduction (and closing tag) by series stars Martin Landau and Barbara Bain, tailored to specific stations (note in the video above, that Bain name checks the local broadcaster). The clip above also includes the first couple minutes of the episode.

The clip below is Landau and Bain's concluding remarks at the end of the show and a preview of "Dragon's Domain." Enjoy (as long as the vids remain on YouTube, anyway)!!

Posted by Christopher Mills at 2:18 AM 7 comments: 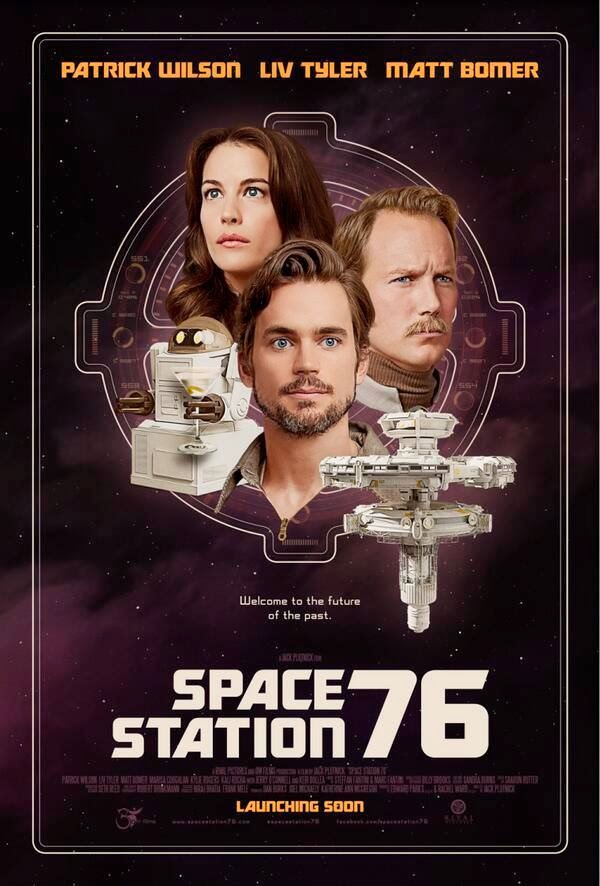 I don't know much about the upcoming sci-fi comedy, Space Station 76, except that it is directed by Jack Plotnik, stars Liv Tyler (whom I adore) and Patrick Wilson, and that it's currently doing the film festival rounds. Well, I also know that it apparently takes place in the future as it was depicted back in the ‘70s, with Old School sets, costumes, effects, moustaches and feathered hair... which is why I'm mentioning it here on Space: 1970 at all! 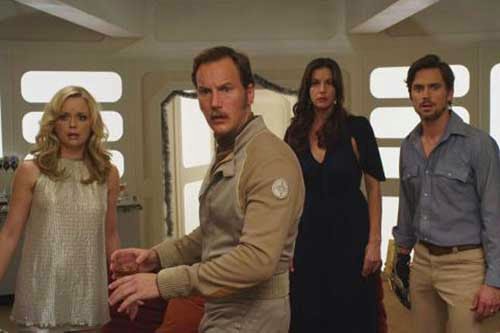 So far, the movie's getting reasonably good reviews online and I'm looking forward to catching it on Netflix one of these days. Obviously, I love the 70's sci-fi aesthetic (duh!) and am curious to see how well the filmmakers pull it off. If anyone's seen this movie already, please feel free to share your impressions in the comments.
Posted by Christopher Mills at 11:49 AM 16 comments: