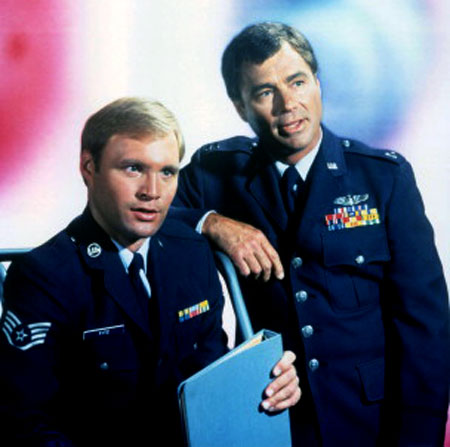 Was the 1978 Jack Webb-created series Project U.F.O. ever aired under the alternate title, Project Blue Book?

I have assumed, that since so many commenters here (and on the IMDb) have insisted that they remember that title, that the "Blue Book" alternate title was used in syndication or some markets, and yes, I have even stated that here in previous posts. But, the more I look into it, the truth is I haven't actually seen any definitive evidence that it was ever called anything other than Project U.F.O. on television. 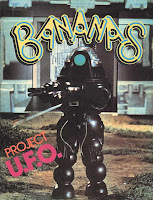 In  fact, despite the fact that the IMDb and Wikipedia (both of which make use of user-submitted data and are thus subject to faulty memories or repeating of erroneous information) both make the claim that the "Blue Book" name was used in some television markets, I can find no concrete evidence anywhere - aside from the 34 year-old memories of people who saw it as children - that it was ever called Project Blue Book. No vintage TV Guide ads, no newspaper or magazine articles, or even YouTube videos of the opening credits with the "Blue Book" title.

I'm beginning to suspect that, at least here in the U.S., the "Blue Book" title was never used. However, the phrase, "Project Blue Book" was used extensively on the program, and I think that it may have had a powerful influence on youthful memories, so much so that people misremember the title of the show. These kinds of "false memories" are common, especially when erroneous information is repeated and repeated without verification.

Can anyone out there provide me with anything other than anecdotal evidence that the Project Blue Book title was ever used? A scan of a TV listing or advertisement? The most convincing evidence, of course, would be a video of the opening titles incorporating the "Blue Book" name.

I would really like to clear this up and would really appreciate any help in doing so. To borrow an expression from another, much later (and more popular) show about the U.F.O. phenomenon, "The truth is out there..."

UPDATE 10/23:  Well, a popular theory in the comments here and at the IMDb is that perhaps the pilot episode of the series was called Project Blue Book and that it was changed when the show went to series. No evidence seems to exist to support that theory, but even if it was true, why would people remember the show by the name of the pilot - which aired only once - rather than by the title shown at the beginning of the twenty-five subsequent episodes? Doesn't seem very likely, does it? More like grasping at straws.

Unless someone comes up with concrete evidence to the contrary - I think I'm going to continue to run with the "false memory" theory.
Posted by Christopher Mills at 4:47 PM