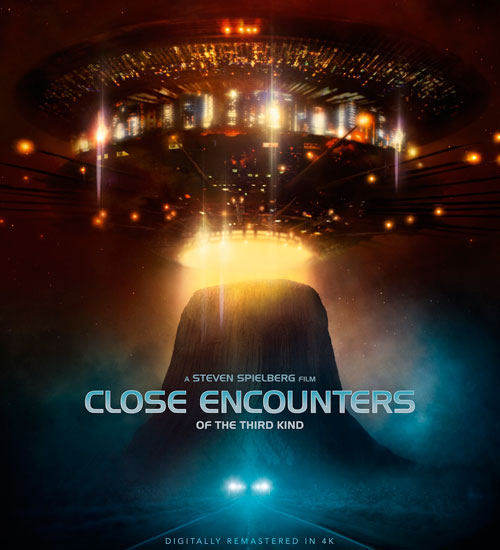 On September 1st, Sony/Columbia Pictures will be re-releasing Steven Spielberg's 1977 sci-fi classic, Close Encounters Of The Third Kind to theaters with a 4K remastered digital presentation. A couple weeks later, on September 19th, this version will be released on both HD Blu-ray and 4K UHD Blu-ray.

Based on this official trailer, it looks as if virtually all of the film grain has now been digitally scrubbed from the movie, giving it a modern, digital video appearance.


I have mixed feelings about this. The 2007 Blu-ray was gorgeous, and had a truly "filmic" appearance, awash in glorious, vintage 1970's 35mm filmstock grain. The new transfer looks very sharp and clear, but just doesn't look like a Seventies movie anymore. I get that that's probably what Sony wants - they're trying to keep the property commercially viable - but it bugs me. I'm also annoyed by the fan response to this which is praising it for "cleaning up" the film. But that's where we are today, I'm afraid.