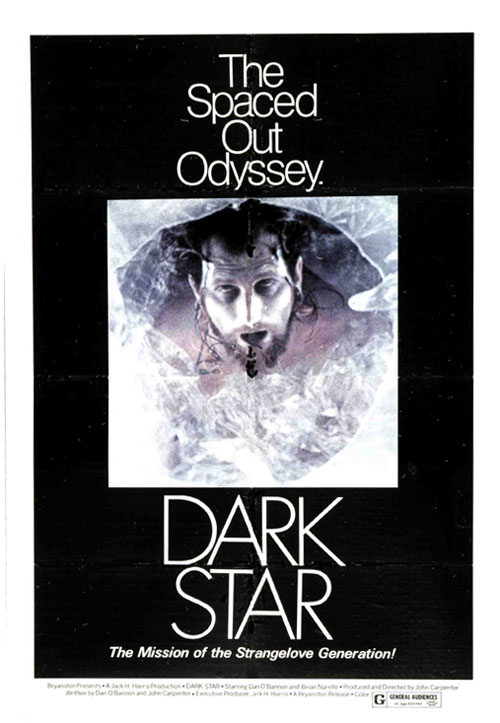 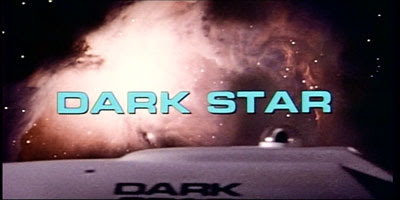 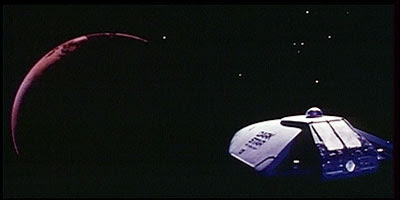 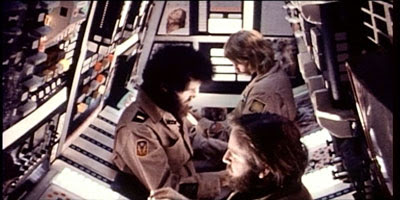 In an unspecified future time, the patrol ship Dark Star, with its crew of five - Dollittle (Brian Narelle), Boiler (Cal Kuniholm), Talby (Dre Pahich), Pinback (Dan O'Bannon) and the cryogenically frozen corpse of ship's Commander Powell - is on a mission to destroy unstable planets with artificially-intelligent "thermostellar" warheads. Unfortunately, the ship has been away from Earth for twenty years and is falling apart, damaged by meteors and plagued with system malfunctions. The crew isn't in much better shape - unkempt, neurotic, and apathetic. When one of the aforementioned malfunctions causes warhead #20 to threaten to explode and take the ship with it, Lieutenant Doolittle has to try and talk the bomb out of fulfilling its prime directive. 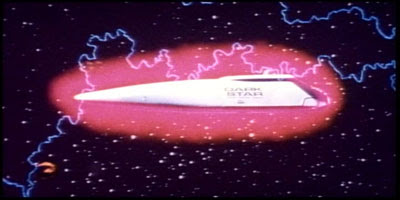 Written by O'Bannon (who later co-wrote Alien) and Carpenter, and directed by Carpenter, Dark Star is a crudely crafted but ingenious science fiction film, executed with style, wit and humor. The comedy is of a decidedly dark variety - very 1970s - and the amateur cast isn't always up to the task of carrying it off, but there are plenty of chuckles to be had, especially during Sgt. Pinback's extended struggle with the ship's alien mascot - a beach ball with claws.

The special effects are surprisingly decent, especially considering the microscopic budget, and the sets and props demonstrate considerable ingenuity on the part of the tyro filmmakers. 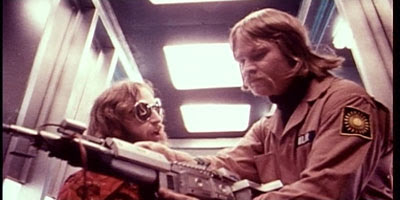 VCI Entertainment offers two versions of Dark Star on its DVD. The theatrical version, and a shorter, "Special Edition," which purports to recreate the original student film. Both transfers are in 1.85 widescreen, with the "Special Edition" version looking slightly better than the theatrical. Both versions, though, are rather soft and dark, which is to be expected, considering the film was shot in 16mm. Both also show some wear & tear, but nothing egregious. Supplemental material is limited to the theatrical trailer and some text bios. 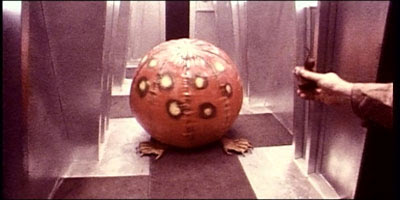 Dark Star is an entertaining curio and fascinating look at the nascent talents of Carpenter, O'Bannon and their crew. It is extremely accomplished for a student film, and while it lacks the polish and production value of a big studio motion picture, it's easy to see why Carpenter and the late O'Bannon were able to go on to forge such impressive movie careers. 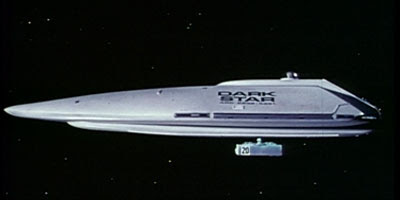 There have been rumors of an improved special edition being in the works for several years, but no official announcement has been made. If you haven't seen Dark Star and are a science fiction fan or interested in Carpenter's work, you should at least try to find a copy to rent. The DVD's technical quality's not the greatest, but the film is definitely worth seeing.
Posted by Christopher Mills at 2:25 PM 10 comments: 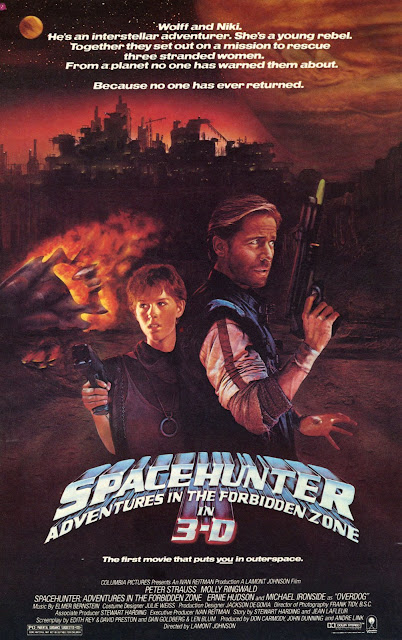 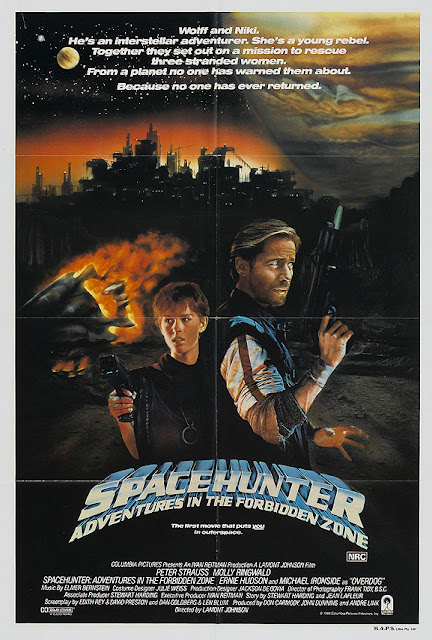 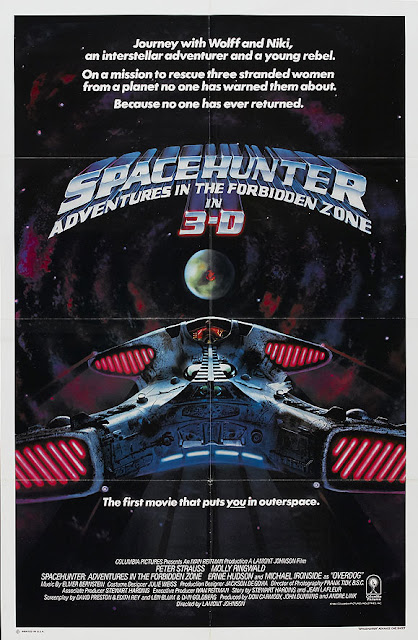 I remember going to see it with my girlfriend at the time (in 3-D, 'natch), and both of us agreeing that it was more fun than Jedi!
Posted by Christopher Mills at 2:46 AM 18 comments:

Posted by Christopher Mills at 12:27 AM 7 comments: 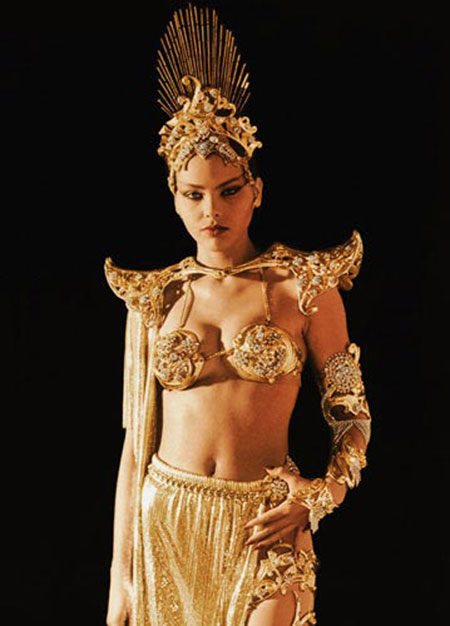 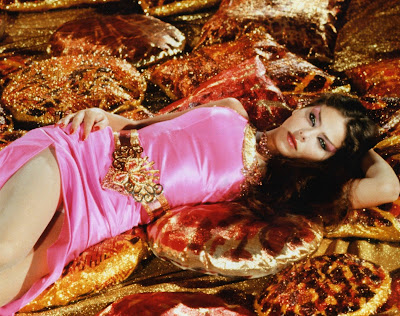 The lovely Ms. Muti is a huge star in her native Italy, having appeared in over a hundred films and television shows. In 1994, readers of the magazine Class, voted her the "The Most Beautiful Woman in the World." Of course, they didn't specify which world - I'd say she's definitely the title holder on Mongo... and possibly the sexiest space princess ever!
Posted by Christopher Mills at 12:00 AM 6 comments: