As a Halloween Special, here's my review of the Shout! Factory Blu-ray release of one of my favorite "Space Horror" films, 1981's Galaxy of Terror. This review originally appeared at my DVD Late Show site in July of 2010. 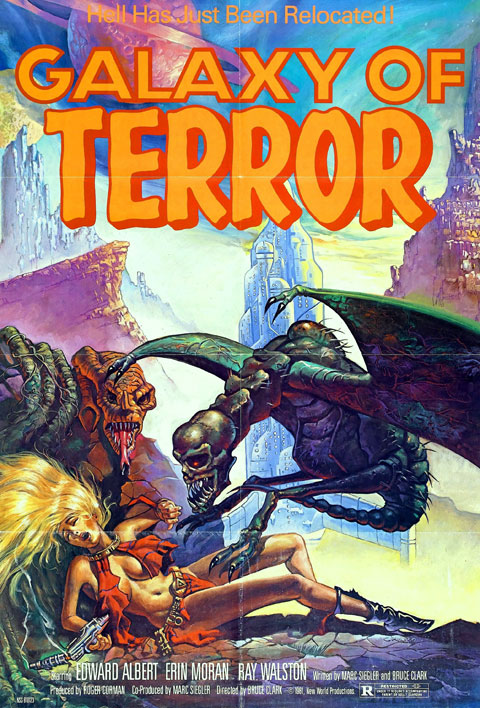 Intended as a budget-conscious rip-off of Alien, the Roger Corman-produced, sci-fi horror thriller, Galaxy Of Terror (1981), has been a much sought-after title for cult film fans for years. Previously released back in the 80s on VHS in a dark, fuzzy, full-frame version, Shout! Factory has now brought the movie to digital disc in high style. 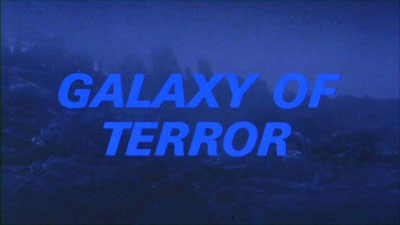 The spaceship Quest, with a hastily-assembled crew, is sent to the dread planet Morganthus on a mission to investigate the crash of another vessel and rescue survivors, if any. A quick trip through hyperspace later, they land on the mist-shrouded, wreckage-strewn planet. There they find a gigantic alien pyramid, and upon entering it, each crew member finds themselves being attacked by the physical manifestations of their own deepest fears.... 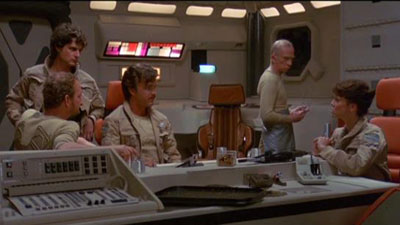 With the kind of eclectic cast that makes B-movies so much fun to watch - including Jason Of Star Command's Sid Haig, Robert Englund, Erin Moran, Edward Albert, Ray Walston and Grace Zabriskie - imaginative production design and second-unit direction by a young James Cameron (fresh off of Battle Beyond The Stars), and a memorable, show-stopping, classic exploitation sequence where a beautiful young woman (Taaffe O'Connell,) is sexually assaulted by a gigantic space slug, Galaxy Of Terror delivers a solid 81+ minutes of late night sci-fi horror for cult film aficionados. 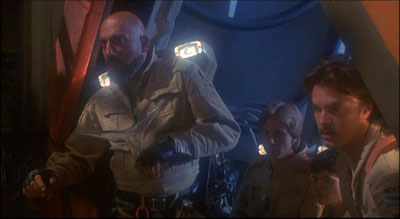 There's really very little story here, and director Bruce Clark seems to have been just going through the motions, but Cameron's sets, costumes and miniature effects designs (as well as his stylish second unit direction) make the film look much more expensive than it really was, and the veteran actors manage to breathe a surprising amount of life into the cyphers the script gives them to play. Corman's crew - most of whom went on to stellar Hollywood careers - also accomplishes some genuinely striking pre-CGI special effects that hold up astoundingly well, even nearly 30 years later. There's lots of great miniature work, a bit of stop-motion animation, and plenty of convincing and disgustingly bloody demises. 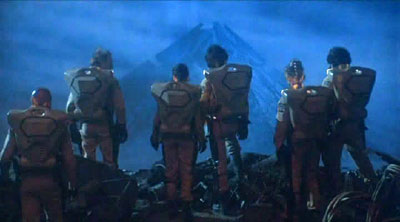 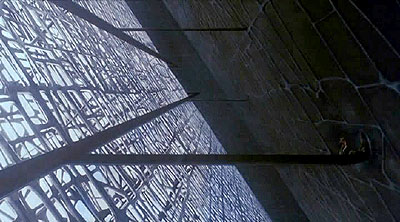 Originally released theatrically as Mindwarp: An Infinity Of Terror to disappointing box office returns, Corman quickly retitled it Planet Of Horrors, and then Galaxy Of Terror, and created a new, more lurid, pulpy ad campaign. It worked, and the movie was a moderate hit in the autumn of 1981. 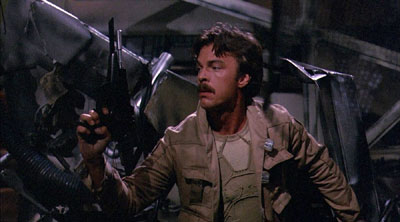 Shout! Factory gives another "Roger Corman Cult Classic" the Rolls Royce treatment on Blu-Ray disc, with a remarkably clear and detailed 1.77:1 1080p HD widescreen transfer that is light years away from the murky VHS version that I bought more than a decade and a half ago. Audio is presented in Dolby 2.0 mono. As with their other Corman titles, Galaxy Of Terror is just loaded with supplemental features, including an entertaining cast & crew commentary, an extensive, multi-part documentary on the making of the film, huge still galleries, and trailers for the feature and other Corman titles coming from Shout! In addition, there's a 12-page booklet of liner notes! 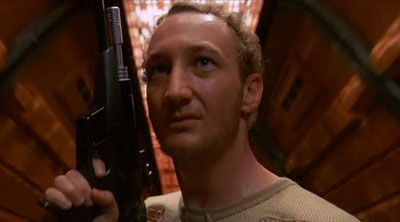 And if, for some reason, you prefer the MINDWARP title, the company has thoughtfully printed that title and poster artwork on the reverse side of the disc sleeve, so you can shelve your disc under that name, if you like.

It's exciting to finally see a good (far better than good, actually) presentation of this long-time B-flick favorite, and the abundance of informative and engaging bonus features is just icing on the cake. If you're a fan of "astronauts in hell" movies, Galaxy Of Terror is one of the best. Sure, it's illogical and tasteless, but it's also a heck of a lot of fun, and looks great in high-def. Besides, how many other films have little Joanie Cunningham meeting her gory demise in the bowels of an alien pyramid?