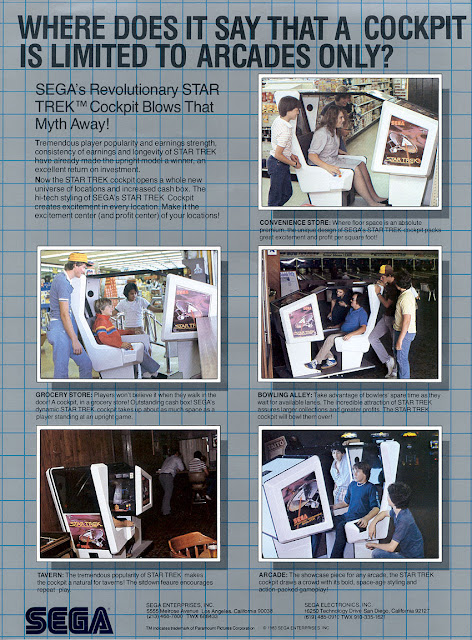 I honestly don't remember playing this game; does anyone know if it was the first authorized Star Trek electronic video game? I know there had been a couple of pinball machines, but I'm wondering whether there was a Trek video game before this one?
Posted by Christopher Mills at 12:01 AM