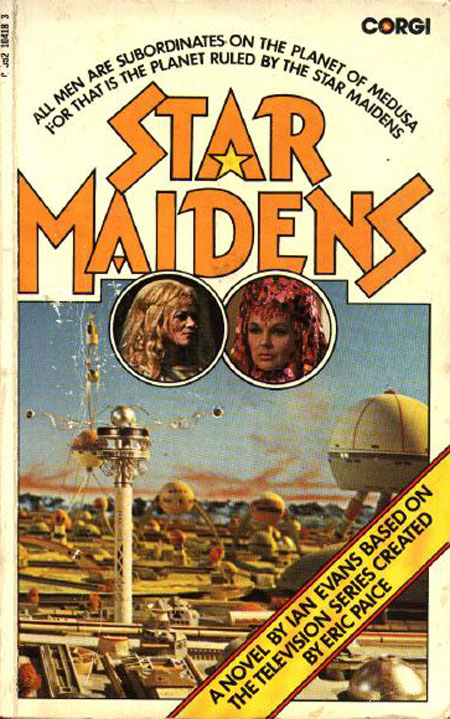 "On Medusa, the laws of nature had decreed that the female of the species should reign supreme - leaving the lesser able males to take care of domestic chores, nursery duties and other menial tasks.

For eons, the Medusan women ruled their world. But then Medusa entered the orbit of Earth, and rumour got out that here was a planet controlled almost entirely by men... a paradise planet to which two of the most rebellious manservants managed to escape, so beginning the feud between Earth and the incredible Star Maidens..."

Yes, I still intend to review the Star Maidens (1976) German-British television series here at Space: 1970. I have the DVDs on hand, and just need to carve out some time to sit down and watch the whole series from beginning to end. I've enjoyed the episodes I've seen so far, and want to watch the rest... I just haven't gotten to it yet.

Here's the cover to the Corgi UK paperback tie-in novel by Ian Evans. I do not own a copy. Wouldn't mind having one, though...
Posted by Christopher Mills at 2:46 PM