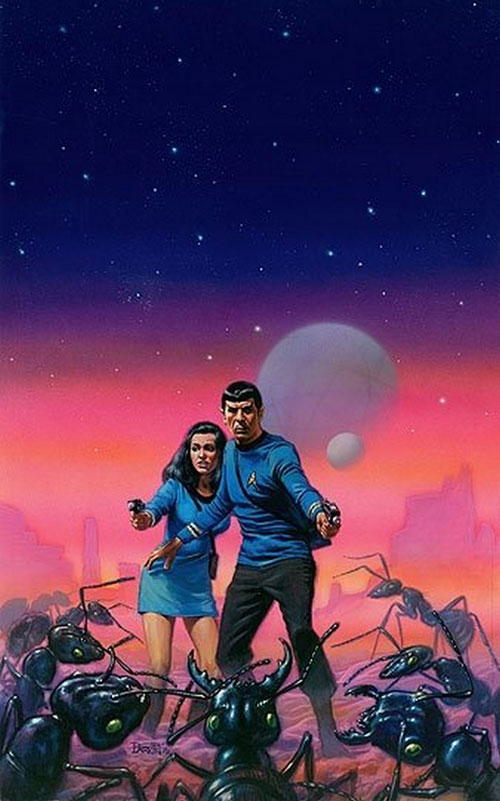 I may not remember the story very well, but I never forgot the striking cover art. Here's a scan of the original cover painting by the masterful Bob Larkin, found online.
Posted by Christopher Mills at 4:01 PM