I've long been aware that Toei Studios produced a television spin-off of their Message From Space feature film, but as it only aired in Japan, the Philippines and parts of Europe (it's on DVD in France, where it was called San Ku Kai, for instance), I never saw it. From this brief sampling of scenes from the show, it looks like an endearingly low-budget, action-packed continuation, loaded with effects footage from the movie... and it's probably a lot of fun. Even as much as I love the movie, though, I doubt I'll be ordering those French DVDs.... 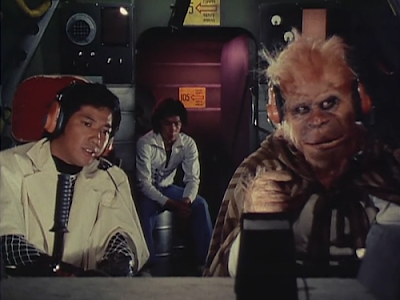 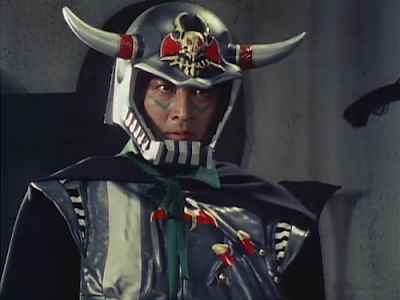 Posted by Christopher Mills at 3:49 AM