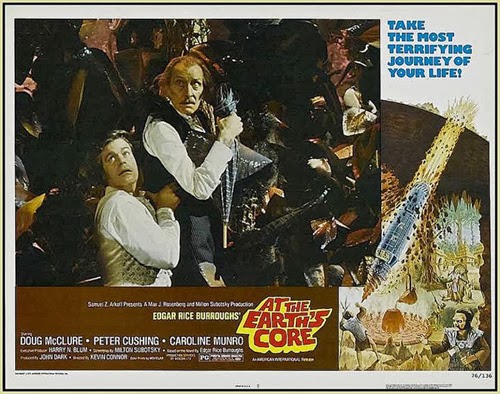 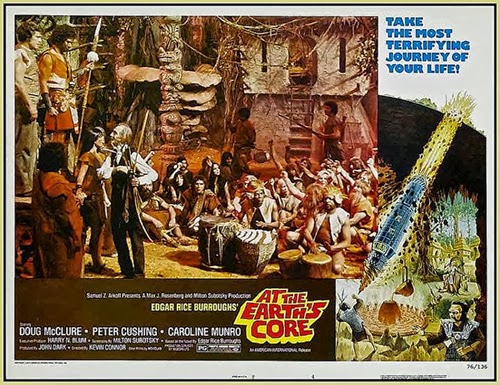 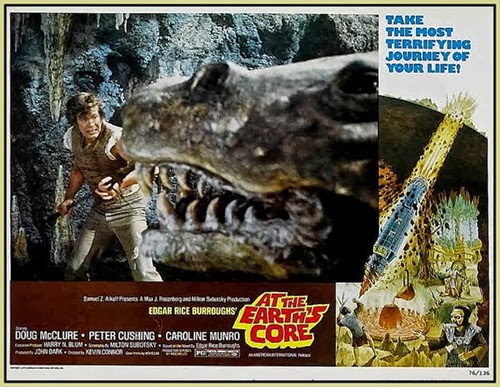 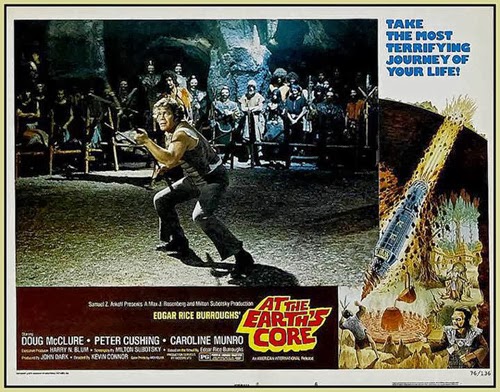 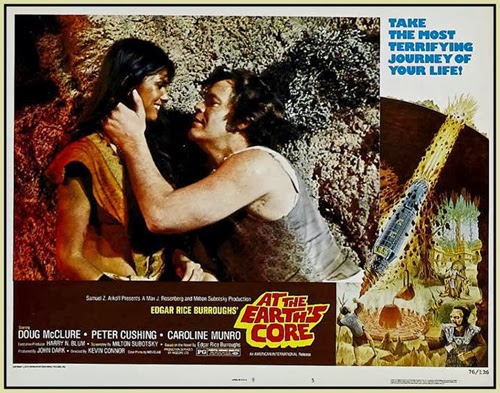 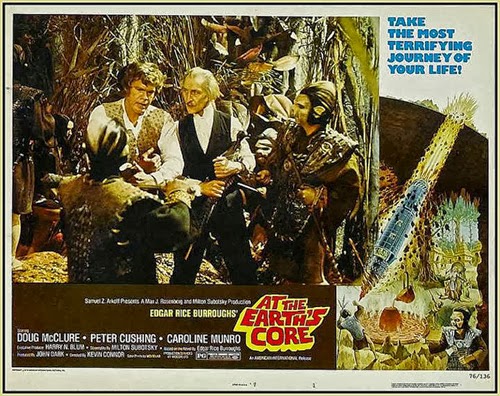 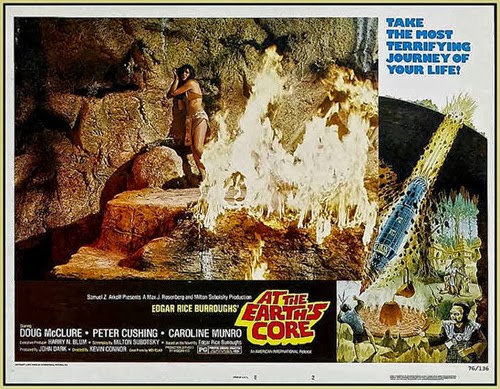 I also enjoy the bizarro man-in-suit creatures created by the filmmakers to stand-in for the prehistoric beasties of Edgar Rice Burroughs' original novel. Their fanciful designs frankly delight me. I can only assume that the producer/director team of Dark and Connor chose not to use dinosaurs in Core order to differentiate this flick from their Time Forgot films.
Posted by Christopher Mills at 4:19 PM