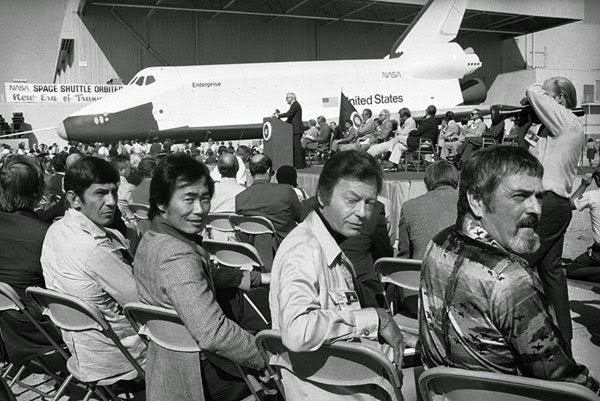 On this day in 1976, NASA's prototype space shuttle Enterprise was rolled out of its assembly facility in Southern California and displayed before a crowd of several thousand. Among those in attendance were most of the officers of Star Trek's starship NCC-1701, including Leonard Nimoy, future Internet superstar George Takei, an apparently sleepy DeForest Kelly, and a gloriously bearded Jimmy Doohan.
Posted by Christopher Mills at 2:36 PM