News: Gerry Anderson's JOURNEY TO THE FAR SIDE OF THE SUN (1969) Coming To Blu-Ray 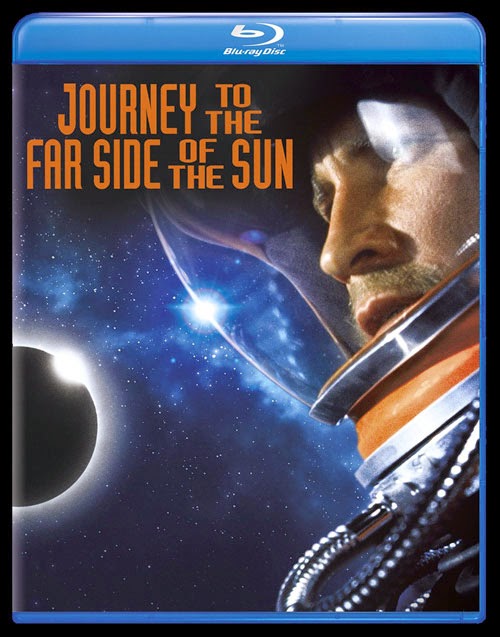 Space: 1999 creators Gerry & Sylvia Anderson's 1968 feature film, Journey To The Far Side Of the Sun (a/k/a Doppleganger), starring Roy Thinnes (The Invaders), is coming to Blu-ray disc in the U.S. on April 7th from Universal.


Classic sci-fi adventure and suspense has never been more exciting as when you Journey to the Far Side of the Sun! One hundred years in the future, two astronauts are sent to uncover the secrets of a “duplicate” Earth on the other side of the sun. When they crash land three weeks earlier than they had planned, they must embark on a life-or-death mission to determine whether they have arrived back home or on the strange mirror world. This imaginative space adventure offers a journey few will ever forget!

It's an interesting movie, with a dark tone and overall aesthetic that is very similar to Anderson's subsequent TV series, UFO. In fact, a number of the props, costumes and musical cues from the film (most notably the "futuristic" automobiles) showed up on UFO a year or two later, along with a few cast members.

So far, no word on any extras, but I wouldn't really expect any from a Universal catalog title. The Journey To The Far Side Of the Sun Blu-ray is already available for pre-order at Amazon.
Posted by Christopher Mills at 3:46 PM

Email ThisBlogThis!Share to TwitterShare to FacebookShare to Pinterest
Labels: 1969, Journey To The Far Side Of The Sun, Movies, News