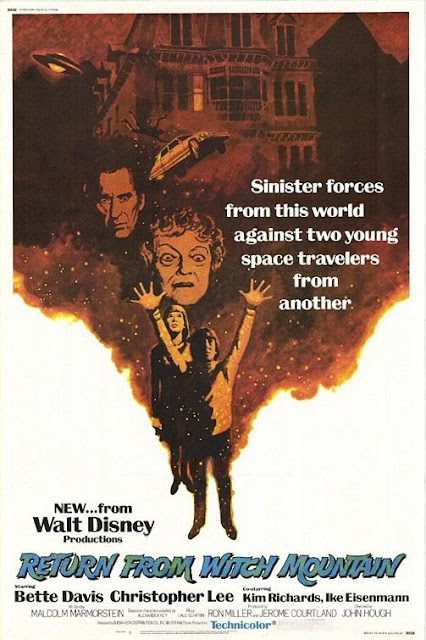 Yeah, I like me some Witch Mountain - what kid of the Seventies didn't? The original two-film series from Disney featured a couple of likable adolescent leads in Ike Eisenmann (who would go on to star on TV's The Fantastic Journey and a play small part in Star Trek II: The Wrath of Khan) and Kim Richards, some genuine menace thanks to veteran heavies like Ray Milland and Christopher Lee (and Bette Davis!) and some all-too-brief glimpses of a cool flying saucer!

Here are some of the one sheets for the second film, released to U.S. cinemas in March of 1978, Return From Witch Mountain. Personally, I think it's the weaker of the two movies, but I always enjoy Chris Lee.

I really like the striking and atmospheric poster above. I don't know the identity of the artist, but I really dig the other-worldliness of the image, which is superior to the rather TV-like look of the actual film. 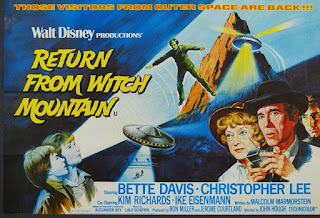 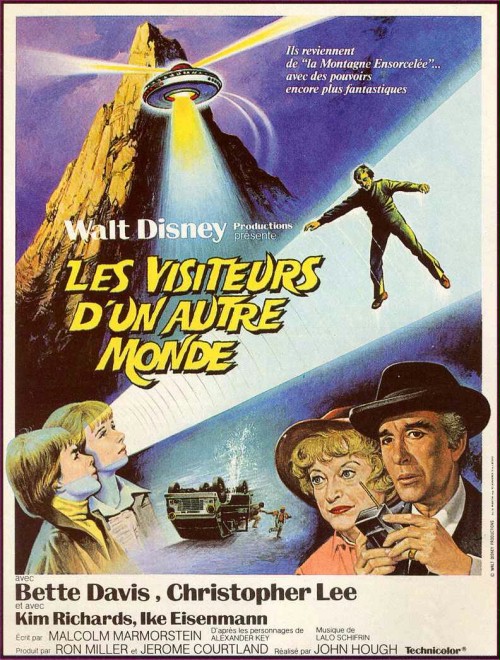 Posted by Christopher Mills at 2:45 AM