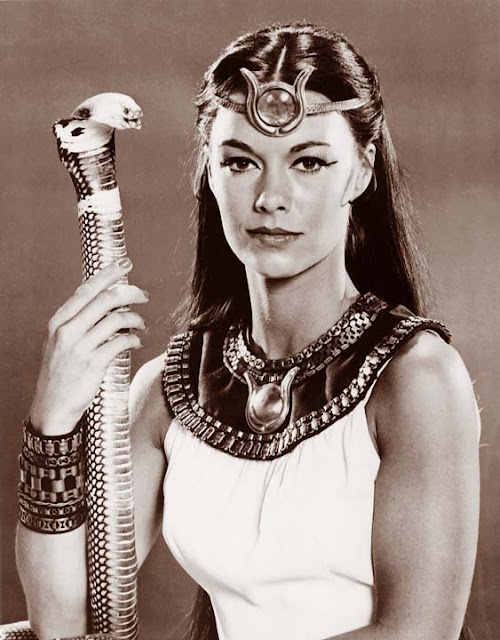 The first (Super) Space Babe of 2012 is sultry super-heroine JoAnna Cameron, star of the Saturday morning adventure series, Isis (a/k/a The Secrets of Isis), produced by Filmation Studios for CBS beginning in 1975 as a companion series to their popular Shazam! program. The mighty Isis  - with the occasional assistance of Shazam’s Captain Marvel - fought crime and saved lives every week, usually managing to teach kids a nice moral lesson before the end credits, too. 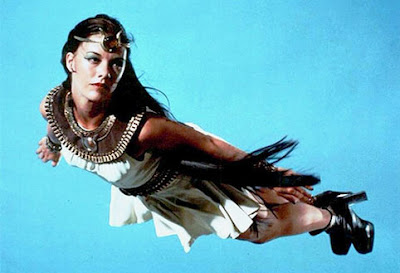 JoAnna Cameron radiated confidence, strength and a serene wisdom both as the mysterious Isis and as her bookish alter ego, California high school chemistry teacher Andrea Thomas. Using a magical amulet to imbue herself with the powers of an ancient Egyptian goddess, Isis protected children from a wide variety of dangers and disasters - and their own poor judgement. With her slender, finely-turned legs showcased by her white miniskirt, Isis gave prime time’s Wonder Woman a run for her money as TV’s sexiest super-heroine for two seasons in the mid-70s. (And for my money, Isis wins.) 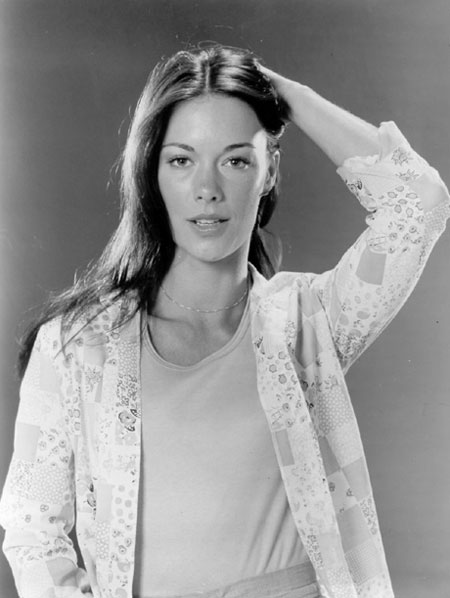 The lithe and lovely JoAnna Cameron was born in 1951 and appeared in a handful of movies and television shows (including a two-part episode of the prime time Amazing Spider-Man) during the early and mid Seventies before retiring from acting in 1980. Reportedly, she moved to Hawaii, where she has enjoyed a career in the hotel industry.
Posted by Christopher Mills at 11:50 PM