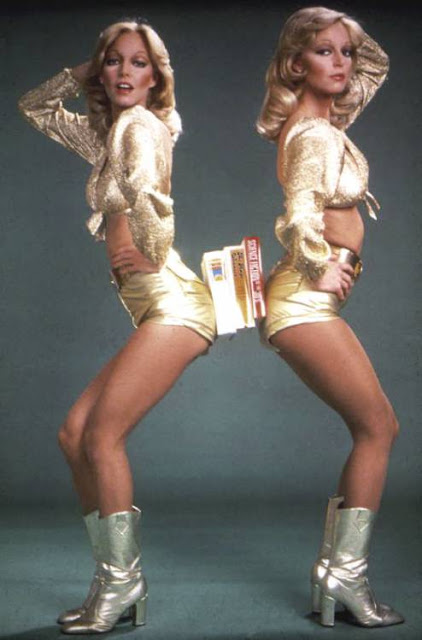 Patricia and Cyb Barnstable as Betty 1 and Betty 2 on Quark. This month's Space Babes are the former Doublemint twins who played the ship's shapely pilot and equally shapely copilot, Betty, on the short-lived but much-loved sci-fi spoof created by Buck Henry in 1977. One Betty was real, the other her clone, but each claimed to be the original, and since they were identical....

The lovely Barnstable twins have very few film or television acting credits outside of commercials, talk shows and such, but these days, the former models are founders of a charity that raises money for diabetes research.

Starting this month, Space Babes will be a monthly feature - at one a week, I was burning through the decade's interstellar sirens far too quickly.
Posted by Christopher Mills at 4:36 AM