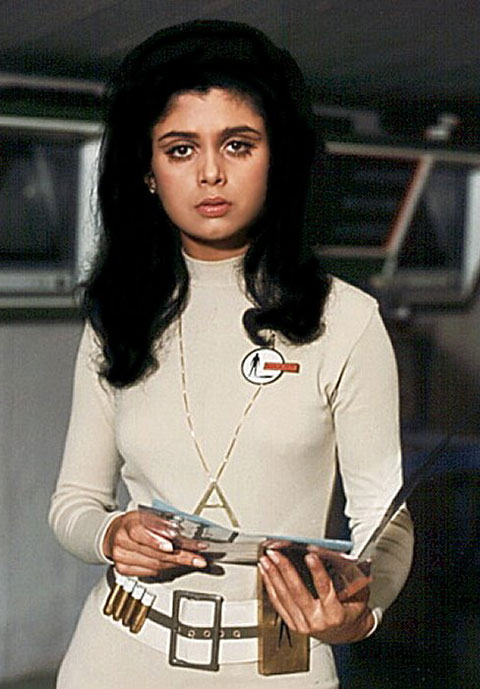 June's Space Babe is pretty, pouty Ayshea, as SHADO Operative... "Ayshea," on Gerry Anderson's first live-action sci-fi series, UFO. A fixture of SHADO's underground HQ beneath England's Harlington-Straker film studio, the raven-haired lovely with the prominent monogrammed pendant seemed to be one of the organization's most efficient and appreciated operatives. At least, Straker seemed fond of her. 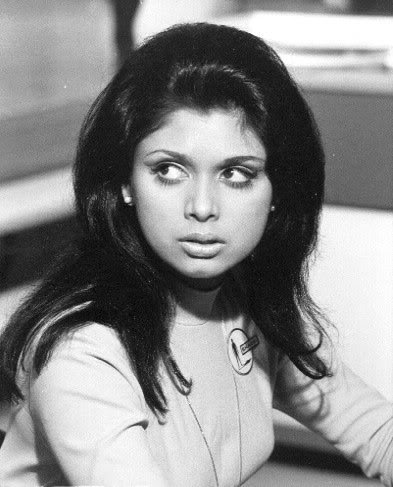 Actress and singer Ayshea Brough was born Ayshea Hague in 1948, and had her first film role at age 9. She was a popular recording artist and TV presenter in England the 70s, hosting such music and variety shows as Discotheque and Lift Off before moving to Los Angeles for most of the 80s and early 90s. According to online sources, she was a well known Beverly Hills socialite and ran a property development and interior design business. She returned to the UK in 1993.
Posted by Christopher Mills at 8:06 PM