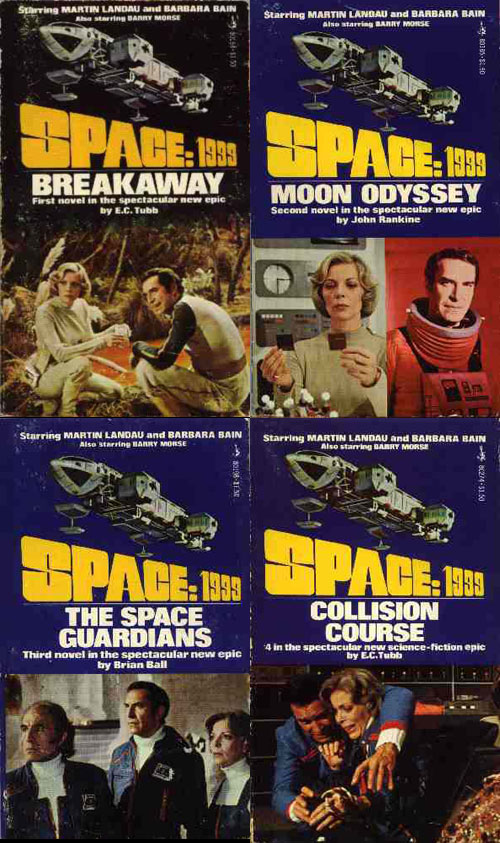 As I noted in my last Captain's bLog, I'm currently working to fill in the gaps in my library of Pocket Books' 70s Space: 1999 paperback novelizations. I've had four of them since I was a kid, but until a week ago, I wasn't sure how many total volumes Pocket had actually published. 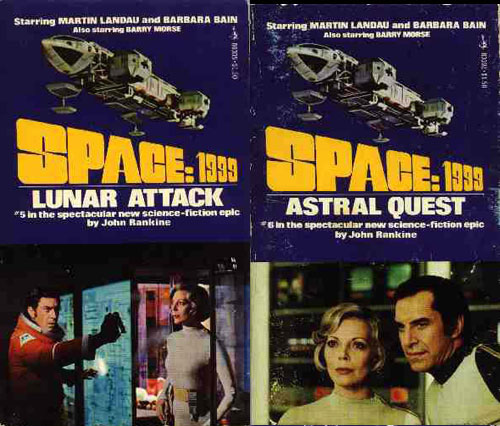 Turns out that there were ten books published in the U.S.  The first six were adaptations of the television scripts, with authors E.C. Tubb, John Rankine and Brian Ball taking three or four TV episodes per volume and linking them together to make a single novel out of them. In the few of these I've read, the authors have done a remarkably good job, seamlessly combining the TV scripts and fleshing them out in imaginative ways. I tend to like Rankine's efforts the best. 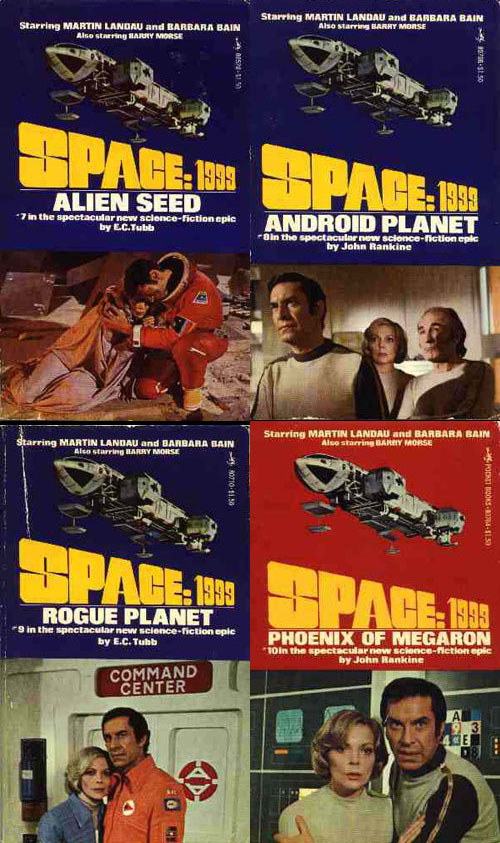 Starting with book #7, Alien Seed, by Tubb, the series turned to all new, original adventures for the Moonbase Alpha wayfarers. I have yet to read any of these - I didn't get them as a kid, and only recently started collecting these later volumes - but I look forward to diving in soon.

I believe that all of these books - as well as a number of new novels - have been reprinted in recent years by a company called Powys Media. I don't have any of those books, and, frankly, I don't have much interest in them. I prefer to stick with the 70s originals. At the moment, I'm still missing Alien Seed and Rogue Planet... but I should have them soon.

Then, I can work on getting all of the Year Two novels from Warner Books!
Posted by Christopher Mills at 1:41 PM