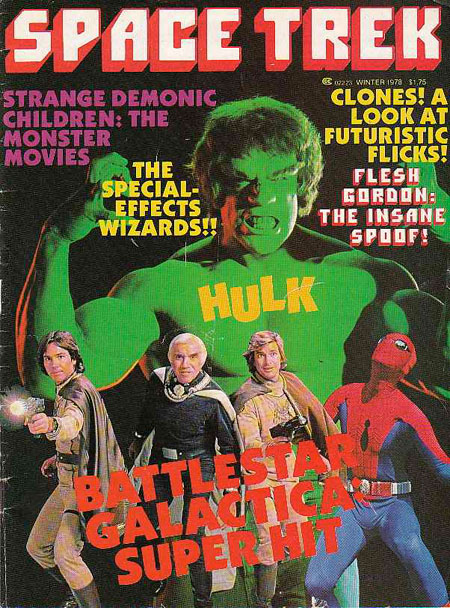 Yet another unimaginatively-titled genre mag from the publishing house behind such publications as Space Wars, Star Encounters, Star Battles and Star Warp, Myron Fass' Stories Layouts and Press Incorporated: the short-lived and confusingly-numbered Space Trek magazine from 1978. The eccentric Fass, who passed away in 2006, was a notorious publisher of low-end magazines and comics, the print equivalent of an exploitation film mogul, publishing anything and everything he thought might make a few bucks, especially if it appealed to the basest of tastes or could ride the coattails of some pre-established moneymaker. 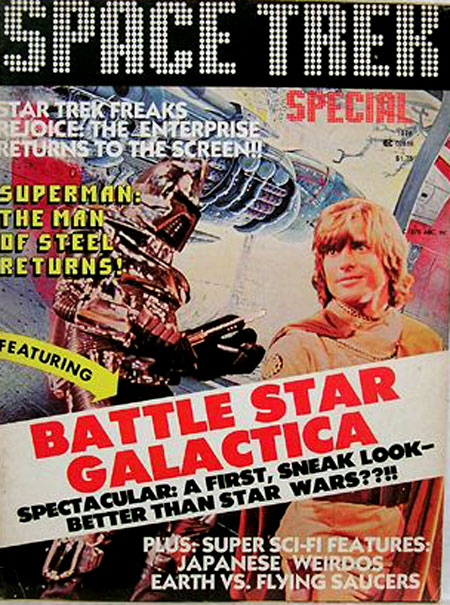 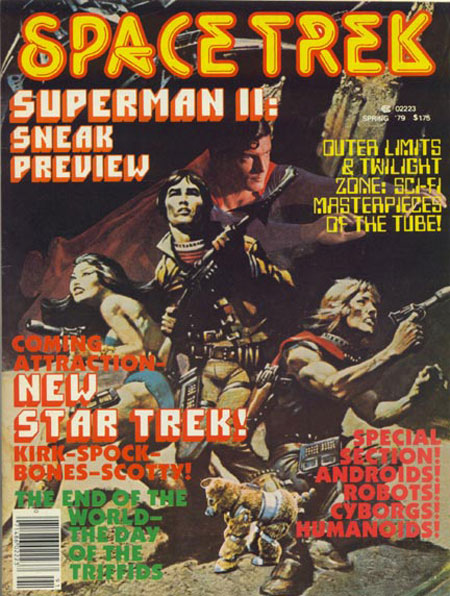 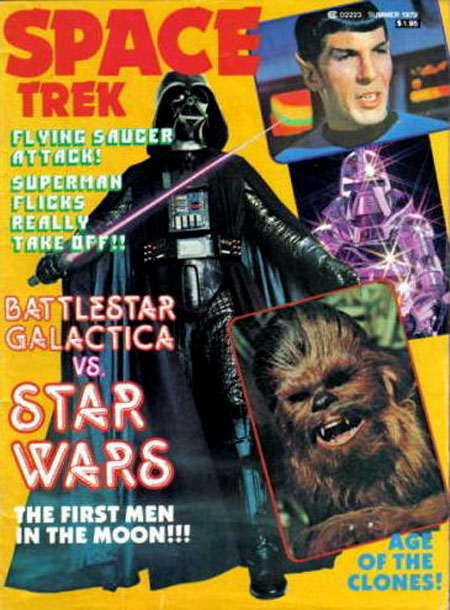 As with it's corporate brethren, Space Trek was a cheapo Starlog knock-off, indistinguishable from Fass' other scifi mags, complete with recycled stories, B&W photos and fan art, haphazardly assembled and rushed to press by the bottom-feeding publisher to separate young, starstruck Star Kids from their allowances while the genre was still hot. How many of these did you buy?
Posted by Christopher Mills at 12:34 AM