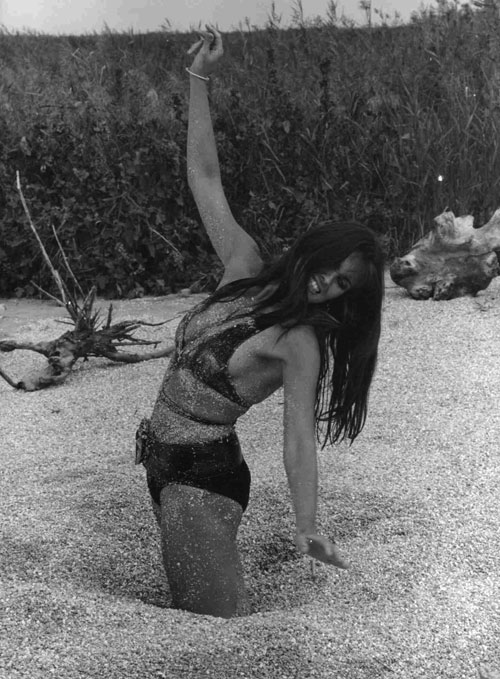 Watching Luigi Cozzi's deliriously over-the-top (and endlessly entertaining) 1978 space opera Starcrash, it's hard to imagine that anything was cut out. It is simply so jam-packed with action and low budget spectacle, the mind boggles when it's learned that a prominent setpiece was left on the cutting room floor.

In the finished film, immediately following the curvaceous Stella Star's (Caroline Munro) escape from the Imperial prison, she flees through a marsh-like area where she comes across a spaceship conveniently waiting for her. Originally, though, the scene was to play out with her being pursued by armored guards and falling into a deadly quicksand pit! Another close call for space smuggler Stella! 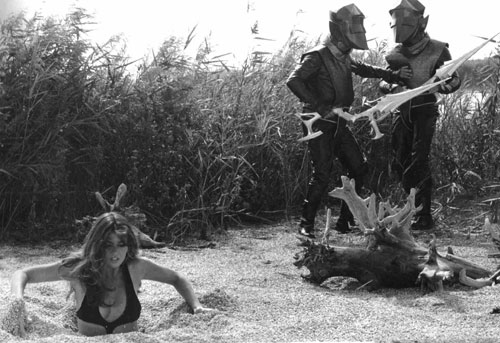 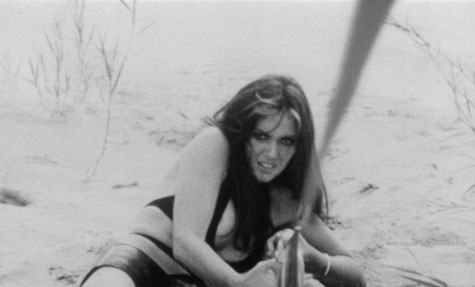 I can't imagine that poor Caroline was pleased to see the scene excised from the finished flick, especially since, from these rare stills, it looks like it was probably a pretty unpleasant couple of day's shooting for the scantily-clad sci-fi siren!
Posted by Christopher Mills at 2:57 AM