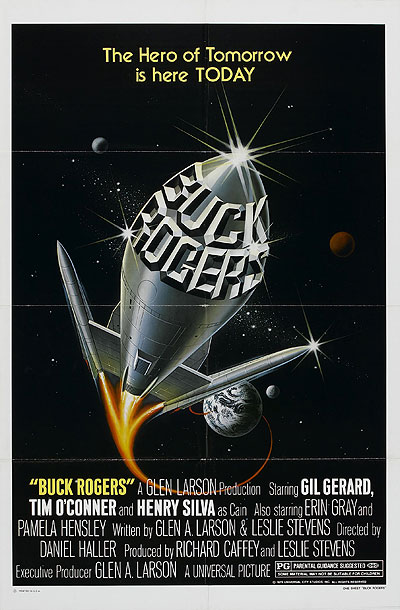 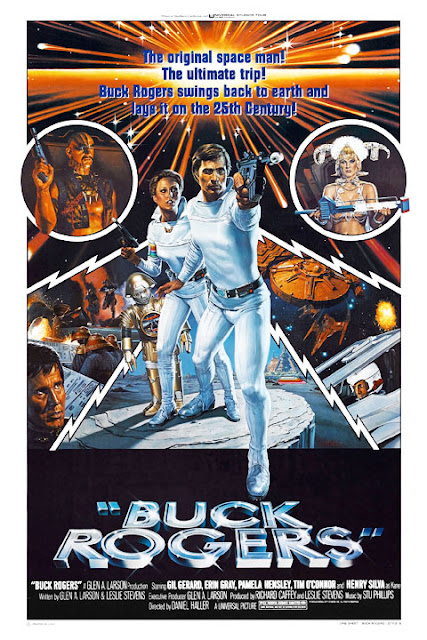 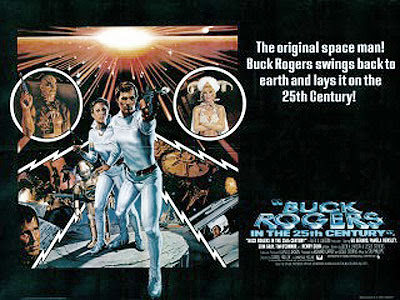 In the Summer of 1979, Universal Pictures decided to take the expensive pilot film for NBC's upcoming Buck Rogers in the 25th Century television series and release it directly to movie theaters a couple of months before it was scheduled to debut on TV.

Of course, the Sunday afternoon that I somehow persuaded my mom to take my sister and me to the film (how I managed that, I can't recall; my mother very rarely took us to the theater when we were young, and I never got to choose the film when she did!), I had no way of knowing that it was made for television. All I knew is that I loved it, camp humor and all. I've also always really dug the main poster image - to me, it really captures everything I enjoy about this kind of space opera: rayguns, robots, starships, and scantily-clad space princesses.

I wish I knew the name of the artist. Anyone know?

Anyway, the image at the top is the "teaser" poster, while the one at the bottom is the British "quad." It's interesting (to me, anyway) that in the U.S., the theatrical version was simply titled Buck Rogers, while the UK version carried the longer, ...25th Century title of the subsequent television series.
Posted by Christopher Mills at 4:34 AM