News: BATTLE BEYOND THE STARS and DAMNATION ALLEY in 2011 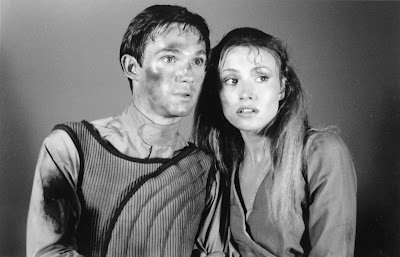 I was directed today to a message board post that listed a number of Shout! Factory's planned titles for 2011. Among those was the long-anticipated Battle Beyond the Stars, which, if the information is to be believed, is now scheduled for next Summer for both DVD and Blu-Ray formats. Reportedly, it's taken Shout! some time to prepare an adequate HD master for the film. Other Corman Cult Classics titles listed for 2011 include Timewalker, a Deathstalker double feature and The Arena (hopefully in widescreen). 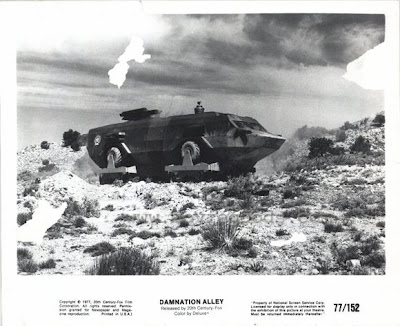 The post also listed a number of other upcoming discs, including a slew of old 20th Century Fox catalog titles, some of which were previously issued on DVD by Anchor Bay Entertainment (Death Hunt, Race With the Devil, etc.). Of most interest to Space: 1970 readers was the announcement that 1977's Damnation Alley is on tap for sometime next year. There were no further details provided, but hopefully, Shout! will put together some sort of special edition.

Let's hope that the information is accurate. I'm eagerly looking forward to both releases.
Posted by Christopher Mills at 12:15 AM

Email ThisBlogThis!Share to TwitterShare to FacebookShare to Pinterest
Labels: 1977, 1980, Battle Beyond The Stars, Damnation Alley, News