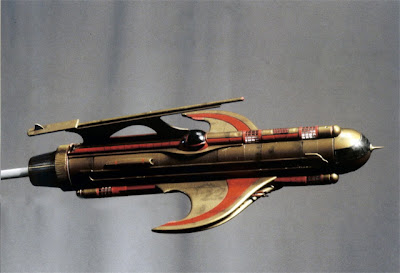 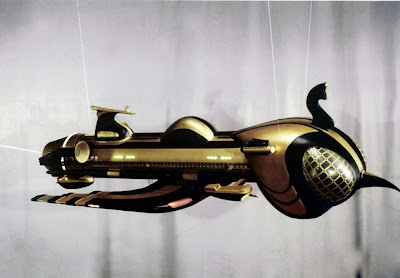 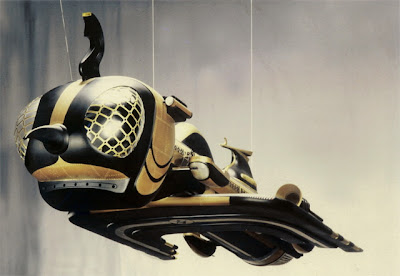 "Dispatch war rocket Ajax to bring back his body!"
I've had these photos in my files for a while now, and unfortunately, cannot recall where I found them. But in celebration of Flash Gordon's 30th Anniversary, I thought it was time to share these pix of the flick's funky, retro-rockets with all of you Space: 1970 readers.

When I first saw the movie I was struck by the striking miniature effects, so different from most sci-fi fantasy films of the era, which generally aped Star Wars' functional, "lived-in" ship design. It was also cool to see these models flying against those swirling, multicolored skies of Mongo instead of the usual starfields.
Posted by Christopher Mills at 3:46 PM