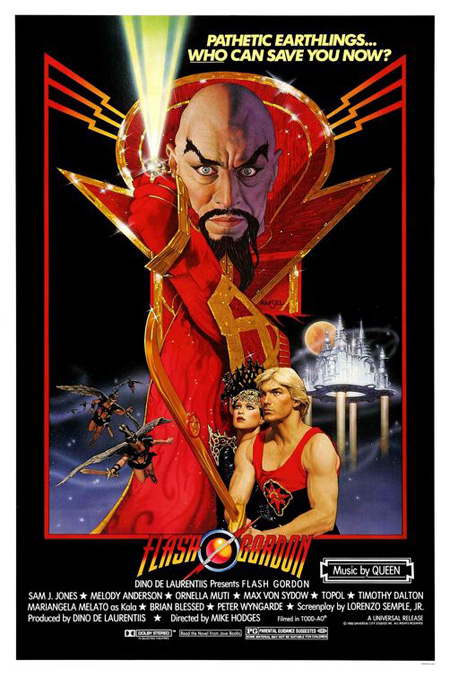 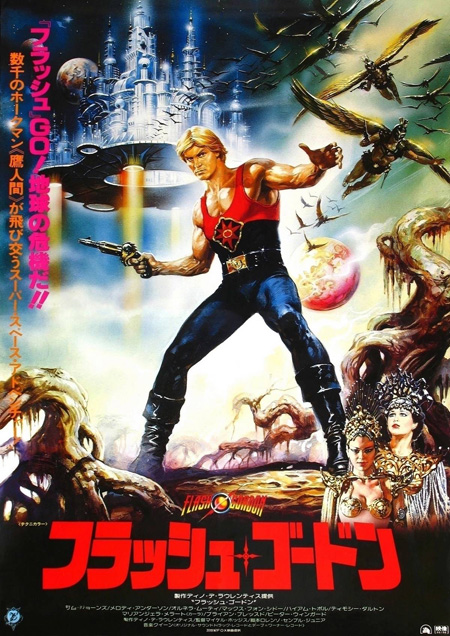 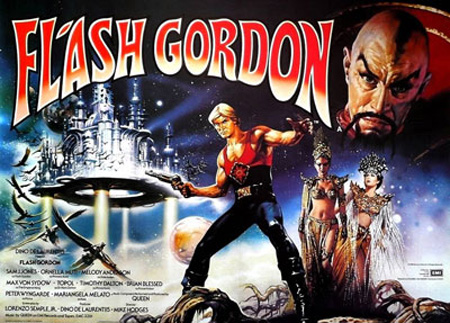 I seem to remember going to the theater on opening night on a double date with my pal Pat and our girlfriends. Honestly, I don't think I saw much of the movie that night, but I did go back the following weekend and watched it again. It is one of my favorite movies ever - big and loud and colorful and fun, filled with outrageous characters and a great cast. In fact, the only one who isn't great is Flash himself - as played by Sam Jones, he's not exactly the most rugged of space heroes, and he's certainly no Buster Crabbe. But everyone else - lovely Melody Anderson, sultry Ornelia Muti, imposing Max Von Sydow, delightful Brian Blessed, stiff-backed Timothy Dalton, quirky Topol - is just wonderful.

Add in the awesome miniature effects and rousing score by Queen and Howard Blake... well, it's just a great entertainment, that holds up even now, three decades on.
Posted by Christopher Mills at 2:27 AM