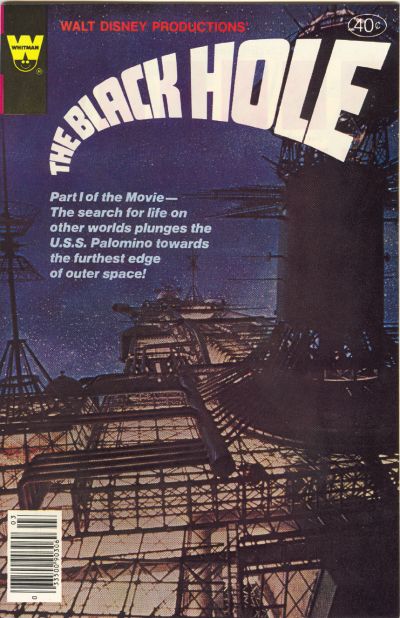 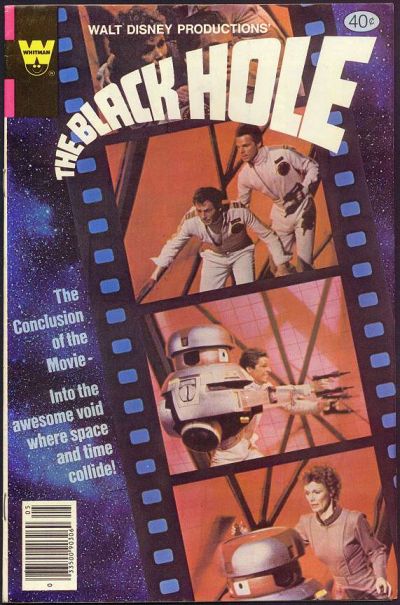 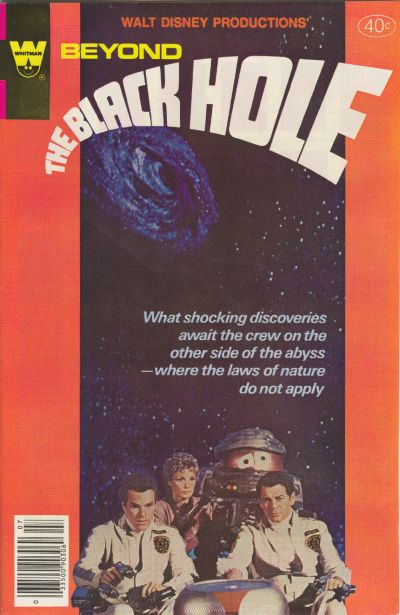 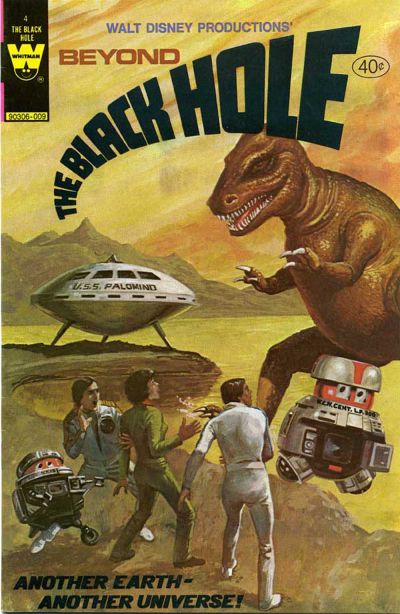 Back in '79-'80, Whitman Comics published four issues of a comic book series (and a movie adaptation collected album, not pictured) based on the Walt Disney Studios film, The Black Hole.

The first two issues adapted the movie, with art by Dan Spiegel, and the second two issues chronicled what became of the crew of The Palomino after they passed through the titular cosmic singularity. I never read - or even saw - those issues, so I have no idea what they found Beyond The Black Hole... except, apparently, you know, dinosaurs.

(And, evidently, a cover artist lacking in necessary photo reference - well, at least he got the robots right!)
Posted by Christopher Mills at 2:36 AM