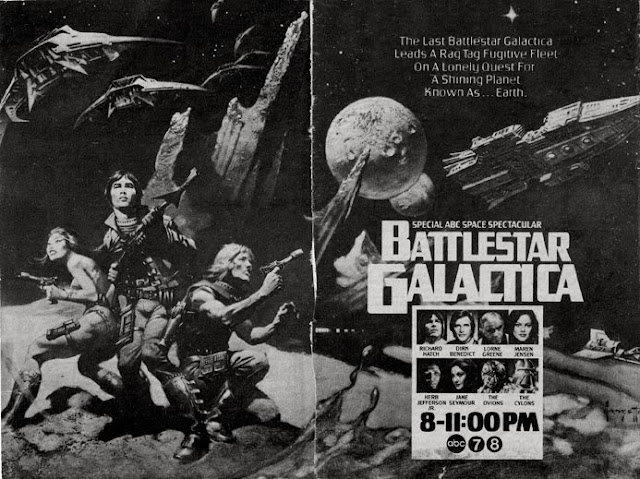 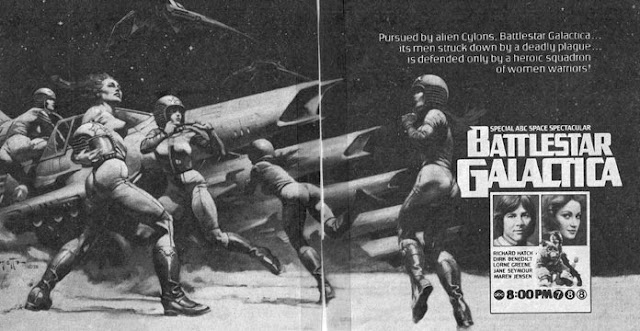 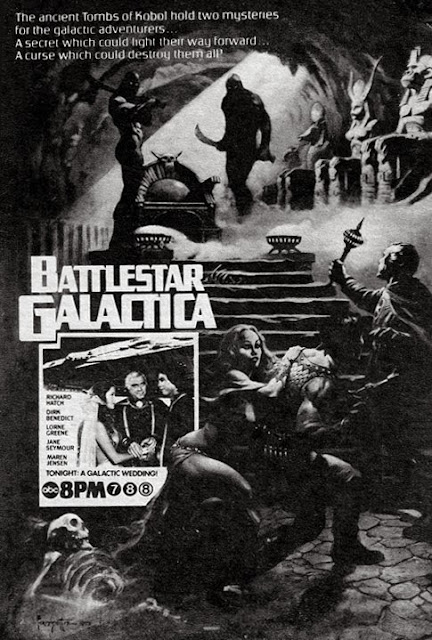 A couple months ago, when I was going back through the entire blog replacing images that had disappeared, I realized that I had never posted these first three Battlestar Galactica ads, published in TV Guide in 1978 to support the premiere ("Saga Of A Star World") and subsequent two-part follow-up ("Lost Planet Of The Gods"). One of my first posts on this blog did showcase Frank Frazetta's original paintings for this ad campaign, but I never got around to scanning and posting the actual advertisements that I clipped and saved back when I was 15.

I did scan and post several of the other Galactica ads, and even Frazetta's for "War Of The Gods," but missed these - and then, I was without a functioning scanner for a year or so, and apparently forgot that I'd missed them.

Anyway, I've got a new, working scanner now, so I'm remedying the situation. Click on the images for slightly larger views.

I'm planning on having 2012's first Space Babe posted before the end of the week, and will hopefully fall back into regular posting again as the month goes on. Happy New Year!
Posted by Christopher Mills at 3:20 AM