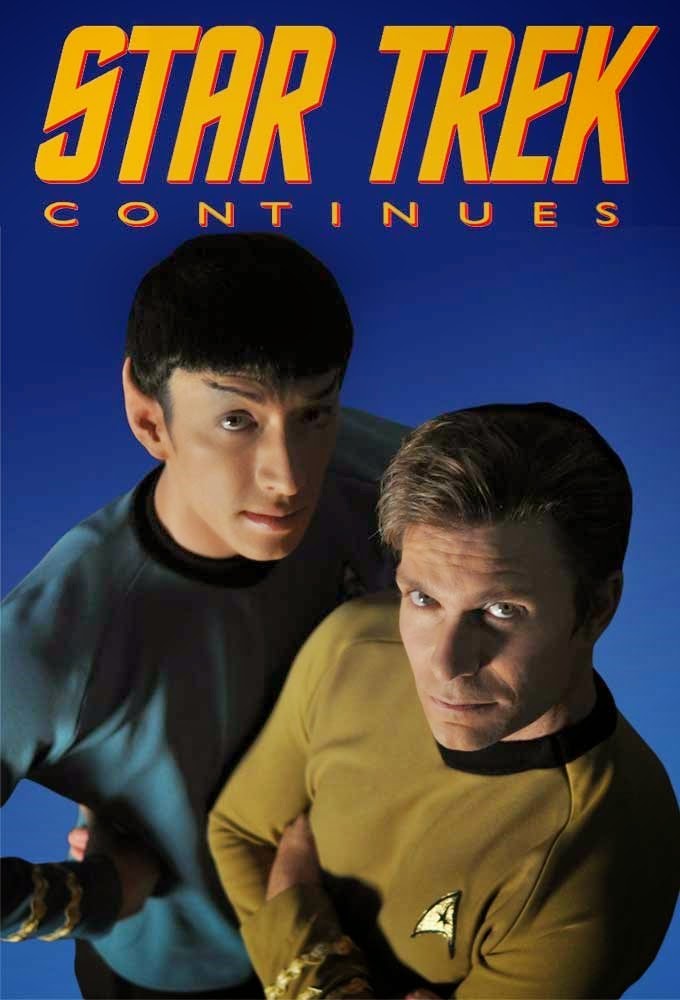 There are numerous fan-made Star Trek series online. Some of these ambitious non-profit productions chronicle new adventures of the original U.S.S. Enterprise, others create their own starships and crews. The quality ranges from the embarrassingly amateur to remarkably slick and professional.  James Cawley's Star Trek: New Voyages/Phase II is probably the best known of these, and over the years, his team have produced a number of reasonably enjoyable - if frustratingly uneven - Trek adventures . But, in my opinion, the very best at capturing the feel of the classic Gene Roddenberry series is Vic Mignogna's Star Trek Continues.

The talented cast includes James Doohan's son Chris Doohan as Scotty and Mythbuster's Grant Imahara as Sulu. The sets, costumes, photography, music and overall production values are uncannily accurate, and the visual effects are terrific! Vic Mignogna, an experienced actor with lots of voice work to his credit, personally plays James Kirk, and he does a remarkable job of channeling the great Bill Shatner, capturing the man's distinct delivery while somehow never lapsing into parody (something even Bill finds hard to do these days). It's uncanny how well he captures Shatner's swagger.

The first episode, "Pilgrim of Eternity," is a sequel to TOS' "Who Mourns For Adonais," with original guest actor Michael Forest reprising his role as Greek god Apollo (this one also includes a bit part by Battlestar Galactica Redux's Jamie "Apollo" Bamber.) The second episode, "Lolani," revolves around a fugitive Orion slave girl and her owner - played by Incredible Hulk Lou Ferrigno (in green body paint, of course)!

The third episode, "The Fairest Of Them All," is a very well written direct sequel to the classic TOS episode "Mirror, Mirror," and it's another winner. A fourth episode has just recently completed filming, and although the title hasn't been released yet, it has been revealed that it guest stars the Sixth Doctor Who, Colin Baker.

If, like me, you find the new Star Trek films by J.J. Abrams and company lacking the spirit and style of Gene Roddenberry's original show, I highly recommend that you check it out. In fact, the Star Trek Continues crew is midway through a "Kirkstarter" campaign to raise funding for additional episodes. They've already hit their initial production goal, but are now in the process of trying to raise enough money to build an authentic Engine Room set to complement their already astounding Enterprise sets.

Episodes can be found on the Star Trek Continues YouTube Channel, and you can check out their Kirkstarter funding campaign here.
Posted by Christopher Mills at 12:36 PM

Email ThisBlogThis!Share to TwitterShare to FacebookShare to Pinterest
Labels: 2015, Not the 70s, Star Trek