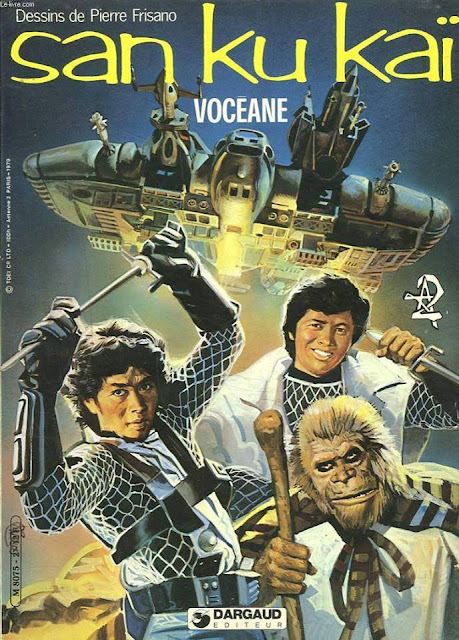 I haven't posted much about the Message From Space: Galaxy Wars television series, spun off from the Japanese feature of the same name, because until recently, I knew very little about it. I still don't have a lot of information about the series, but I know it was popular in Europe (especially France), and in English-speaking markets it was known as Space Ninja! 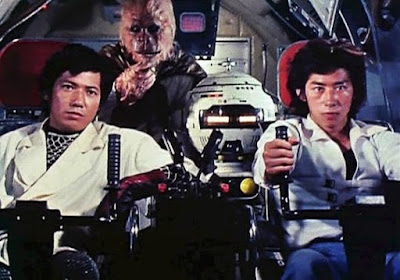 There was also a feature-length compilation/condensation, called Swords Of The Space Ark. I actually found and watched it on YouTube some months ago. It was fun, although it made little sense. The strongest connection to the original movie seemed to be the re-use of both miniatures and actual effects shots.

This artwork is from the cover of one of a pair of graphic novel adaptations, published in France by Dargaud in 1979 and 1980, written and illustrated by Pierre Frisano.

Thanks to August Ragone for the info!
Posted by Christopher Mills at 10:00 AM