Blast Off With The Original BUCK ROGERS... In 1977 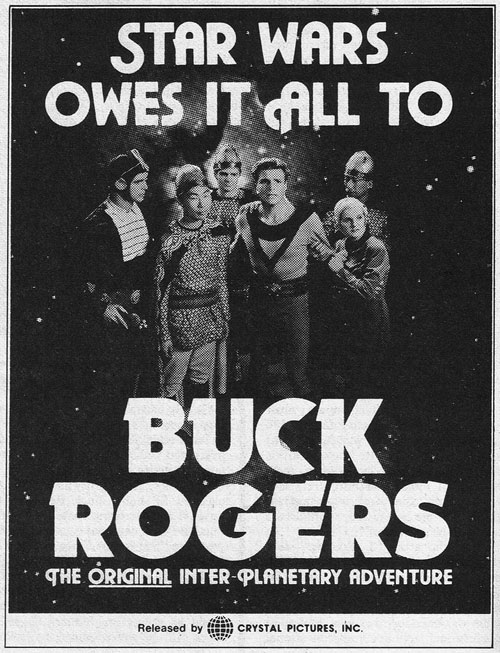 I remember seeing this newspaper ad "slick" in the pages of Starlog (Issue #10 or #11, I think), and it was my very first glimpse of the original Buck Rogers serial. Riding both the Star Wars sci-fi juggernaut and the general wave of pop culture nostalgia prevalent in the 70s, opportunistic independent film distributor Crystal Pictures licensed the 1939 Universal Buck Rogers chapterplay starring Buster Crabbe and made it available to revival theaters and college campuses.

I have no idea how successful this theatrical campaign was, but within a year, Universal had begun work on their own Buck Rogers revival, which eventually led to the 1979 TV pilot/theatrical film and subsequent television series.
Posted by Christopher Mills at 12:00 AM