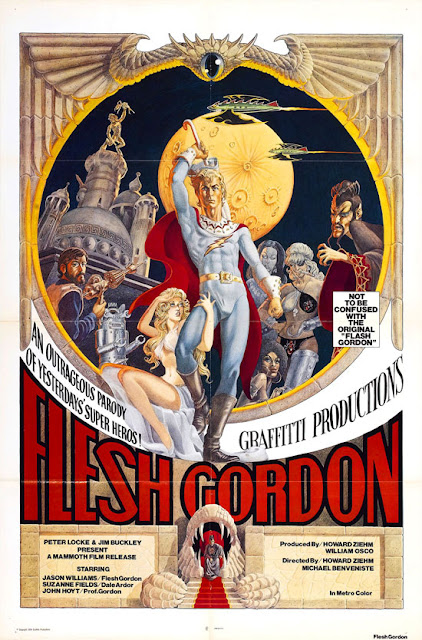 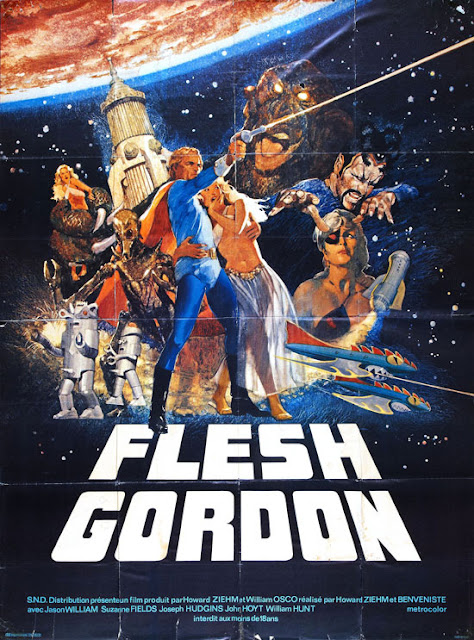 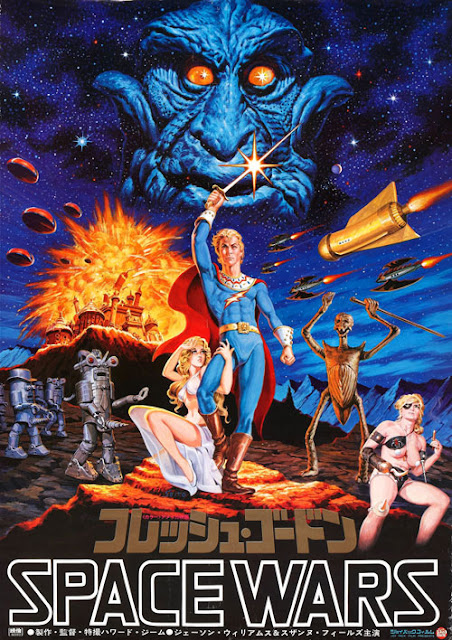 Here are some rather nice posters for movies that I absolutely did not see as a child in the 1970s - although I did see them as a shameless young adult.

Howard Ziehm's 1974 Flesh Gordon - a sexploitation parody of the original Buster Crabbe Flash Gordon serials from the 1930s - was on my radar even as a teenager, however, as magazines like Starlog actually published extensive articles about the special effects in the film.

SFX artists like modelmaker Greg Jein (Close Encounters of the Third Kind, Star Trek - TMP) and animator Jim Danforth worked on the sci-fi skinflick, among others. Of course, once I hit 18, I rented the movie from the local video store. The sex stuff was disappointing and some of the gags were kinda funny, but the special effects were the real attraction, especially Danforth's stop-motion creatures. The top poster was painted by acclaimed SF illustrator Glenn Barr. I don't know who painted that awesome second poster, but I really love it. The Hildenbrandt-inspired Japanese one-sheet's pretty sweet, too. 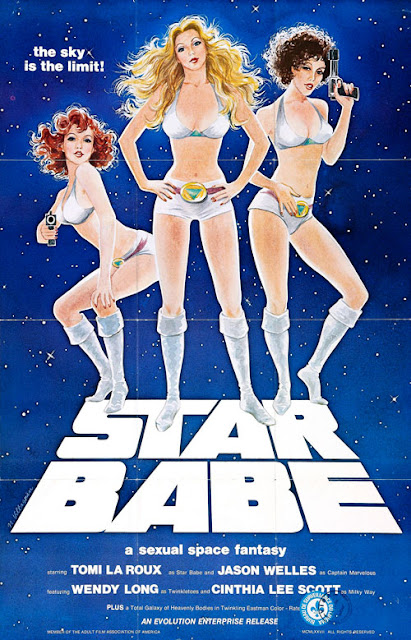 Posted by Christopher Mills at 6:26 PM