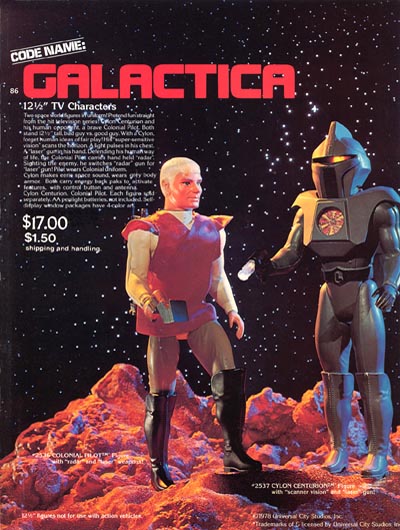 Here's a look at some of the first wave of Battlestar Galactica merchandise from late 1978. Gotta love these bizarrely off-model action figures! Reportedly, Mattel simply modified and repurposed some old Major Matt Mason toys (compare "Captain Lazer" to the Cylon above)... 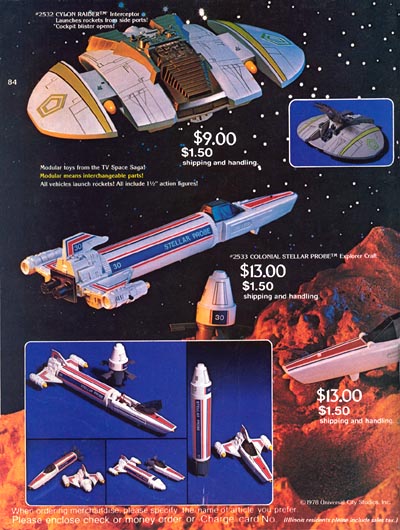 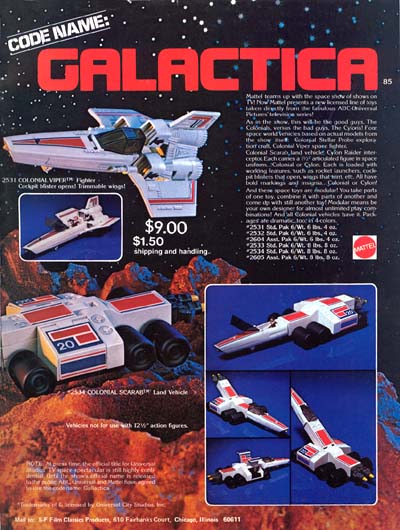 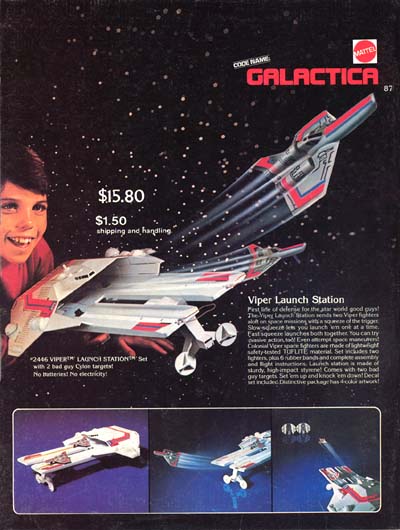 I'm not sure why these pages sport the "Code Name: Galactica" title. They originally appeared as an advertising insert in some off-brand Starlog-wannabe magazine I bought as a kid, a month or two before the show premiered. I suppose it's possible that Universal hadn't quite settled on the name Battlestar Galactica yet....

In any case, even in a decade renowned for funky toys, these are pretty wild. The Cylon Raider and Viper aren't too bad, but the "Star Probe" and "Colonial Scarab" are particularly weird. A small child in Georgia died after swallowing a projectile from either the Viper or Cylon Raider toy, as I remember, and a massive recall was done to make the projectiles permanently attached to the toys. This incident further fanned George Lucas' resentment toward the Glen Larson series, since some news articles attributed the accident to a Star Wars toy.
Posted by Christopher Mills at 9:24 PM