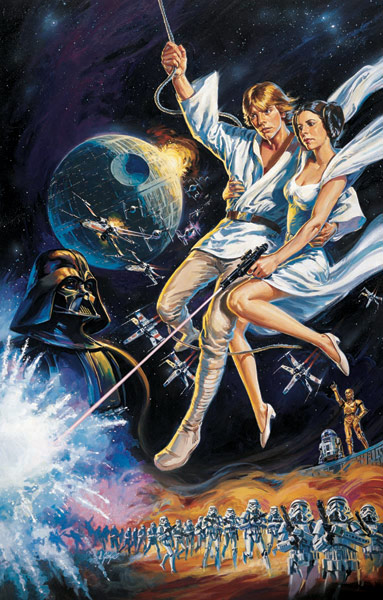 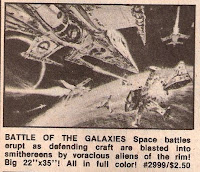 The swashbuckling image appeared in at least one newspaper ad, but was not widely seen; in fact, apparently the artist himself was unaware that it had actually been used in the advertising at all, since it was just one of many pieces commissioned from various artists by Fox's publicity machine back in the 70s.

Goozee is a former Walt Disney "Imagineer" and fine artist who also painted a handful of sci-fi "originals" that were marketed as posters in the back of Famous Monsters and other Warren magazines during the height of the post-Star Wars sci-fi mania. Several of these cool poster images can be seen on THIS collector's page (I really wish I had some!).
Posted by Christopher Mills at 3:37 PM