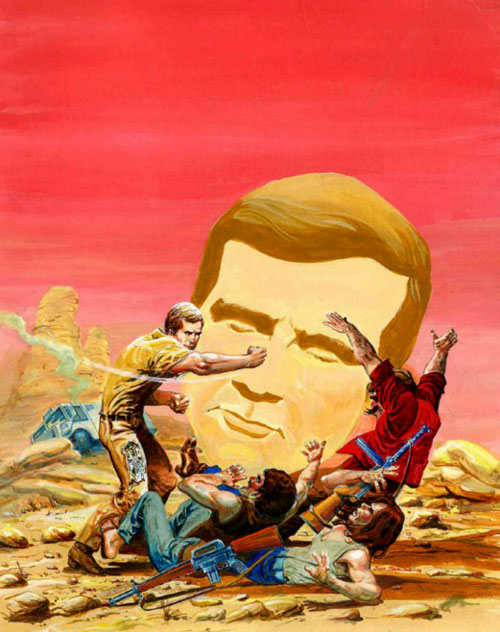 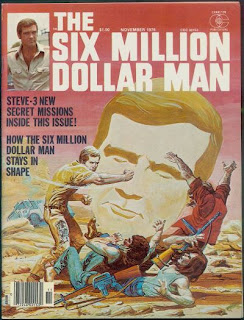 For some reason, I always dig covers with red skies, I don't know why. I also love how his right pants leg - and artificial skin - is torn open to reveal his exposed bionics!

As with Space: 1999, Connecticut publisher Charlton put out both a regular color comics series and a B&W, magazine-sized series with different contents and interior art by the Continuity Studios crew (apparently, Sparling was part of Continuity at the time).

I don't have this particular issue, but I do still have a couple of them, beat-up and ragged, tucked away in a longbox somewhere. I know I have #2, with its gorgeous Neal Adams cover illo.

Hmmm... how does the Six Million Dollar Man stay in shape, anyway? Inquiring minds want to know....
Posted by Christopher Mills at 2:24 AM