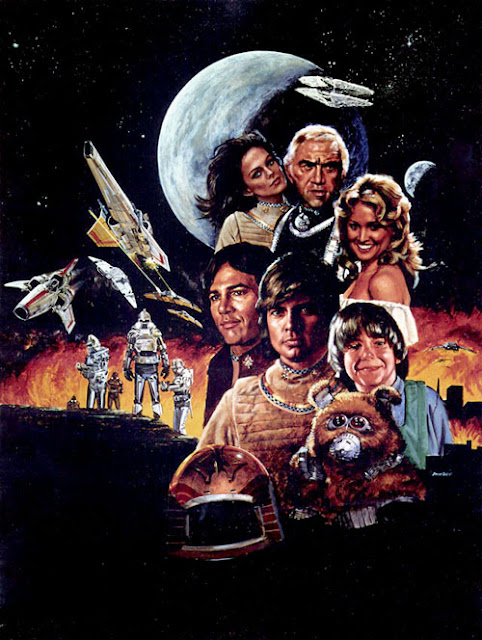 This gorgeous cast painting (which I'd never seen without text before) by John Solie, based on a Ralph McQuarrie layout, graced the album sleeve of the original soundtrack LP for Battlestar Galactica back in 1978, although it was also used for other BG merchandise, including a tee-shirt and the laserdisc.

The album was actually one of the very first non-kids records that I owned; for Christmas that year, I received not only the Stu Phillips Galactica soundtrack, but the John Williams Star Wars and Close Encounters of the Third Kind LPs as well. I'm sure I drove my folks nuts with how often I spun those vinyl discs... how much John Williams and Stu Philips can your average parent take, after all?
Posted by Christopher Mills at 3:06 PM