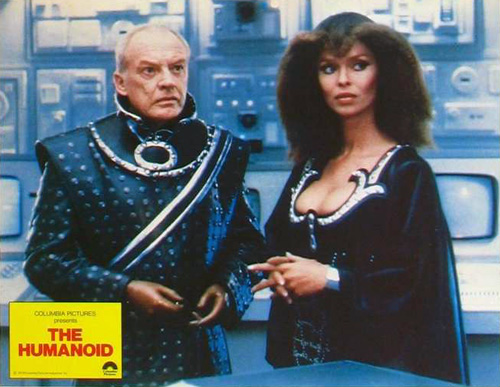 I recently received this e-mail from Space: 1970 reader Jason Shepherd:


Here's a potential subject for your SPACE 1970 blog: what's left? What movie or TV show not yet released on DVD are you waiting for?

We live in a world of instant gratification and unlimited accessibility, which is good and bad. I still remember the pre-VHS days -- if I wanted to watch an episode of Star Trek, I waited until it came on (3:00 Saturday afternoon and Sunday noon on Channel 41). If I wanted to see Star Wars, I had to wait until it was re-released to the theatres. Nowadays I can hop on the internet to see Trek, or watch Star Wars on my DVD player or laptop... But it misses something. Somehow, it takes the dedication out of being a fan. You no longer have to hunt this stuff down; you need only go to Best Buy or Wal-Mart to get your fix.

Having said that... I love how I can revisit so many cherished childhood memories. It is so awesome that I can watch Filmation's Flash Gordon or Battle Beyond the Stars at my convenience.  I think it's fantastic that I can have a Star Trek or Frankenstein or James Bond film festival if I want.

So... What's left? There are so many new and classic films available on DVD, but every film fan has at least a few movies or TV series that haven't made the transition yet. Here's a good question to put to your readers: what's not out on DVD yet? What movies or series are you waiting for...?

When I started this blog almost two years ago, there were a lot of 70s sci-fi favorites that I wanted on home video that were not available in authorized editions. These included Starcrash, Message From Space, The Six Million Dollar Man, The Bionic Woman, The Last Dinosaur, Thundarr The Barbarian, The Bermuda Depths, Damnation Alley, the Roddenberry pilots (Genesis II, et al) - all of which are now available in high quality, legal editions. I have it on good authority that both the Logan's Run TV series and the complete Man From Atlantis are "in the pipeline" at Warner Archive, as well.

Sure, there are still a few shows and movies I would like to see made available: The Humanoid (which has never been released on U.S. home video - I'd love to see a quality cult label like Blue Underground or Severin Films pick it up) and Starship Invasions (for Chris Lee and Bob Vaughn alone), The Fantastic Journey, Cliffhangers and Project U.F.O. - and, of course, the Filmation Flash Gordon TV movie.

And I'd very much like to see HD re-issues of some already existing titles. My number one wish is for Disney to restore and remaster The Black Hole for high-definition Blu-ray. The Tron Blu was gorgeous, and I'd love for The Black Hole to get the same treatment.

In the "way out there" category, I think it'd be cool if Universal re-issued the theatrical feature film versions of the Battlestar Galactica and Buck Rogers pilots as HD Blu-rays. Never gonna happen, but I can dream, right?

Hell, a proper DVD of Saturn 3 would be nice, too.

Anything I'm forgetting? What movies or series are you folks waiting for...?
Posted by Christopher Mills at 12:06 AM