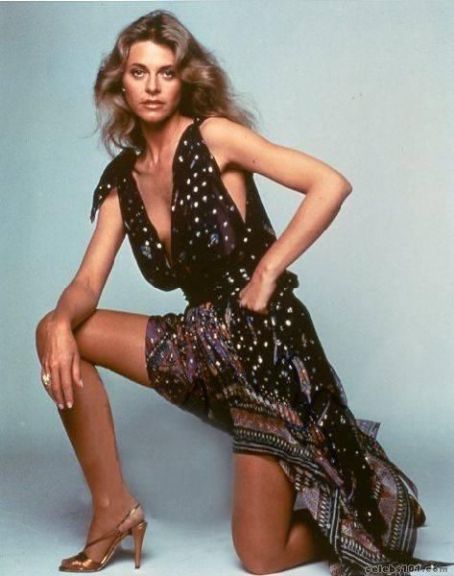 May 2012's Space Babe is our favorite bionic beauty, Lindsay Wagner as Jaime Sommers. Kinda mad at myself that I haven't posted a Space Babe since January - but, hey, it's been a rough couple of months here at Space: 1970 headquarters. In any case, I can't think of a better choice to kick off Spring than the lovely Lindsay. 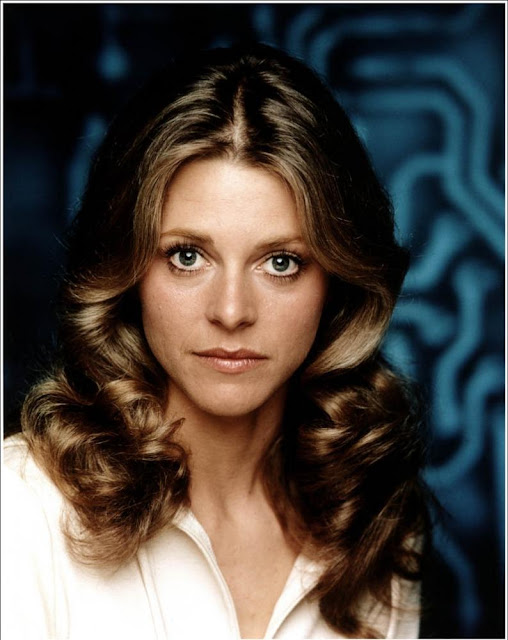 The sexy cyborg's adventures may have been exclusively Earthbound, but as an agent of the Office of Scientific Intelligence, her missions led to several different extraterrestrial encounters. Each week, The Bionic Woman protected America's interests and saved the world with style, charm and humor. Introduced in a two-part episode of The Six Million Dollar Man in March, 1975, as the childhood sweetheart of astronaut Steve Austin (Lee Majors), Jaime Sommers was equipped with bionic replacement parts (an ear, an arm, and both legs) after a tragic skydiving accident. Unfortunately, her body rejected the bionic implants and, well, she died.

Apparently I wasn't the only kid who was crushed by her demise, because the network commanded the producers to bring her back to life, which they did the following season. The character was then spun off into her own weekly series, which lasted for three years (on two networks). Wagner was almost too good an actress for the show, but she treated the role - and the audience - with respect, and brought tremendous heart and warmth to her portrayal. No matter how absurd or far-fetched the plot, she always played it with conviction and a sly sense of humor.

Dancer, actress, activist, model and author, Lindsay Wagner was born in 1949 in Los Angeles. She appeared on many television shows and a few motion pictures throughout the 70s, 80s and 90s, and became a regular fixture in made-for-television cable dramas. In the late 80s-early 90s, she reprised her role as Jaime Sommers in three "Bionic" TV reunion films. She still acts, and has a recurring role on SyFy's Warehouse 13.
Posted by Christopher Mills at 5:55 PM