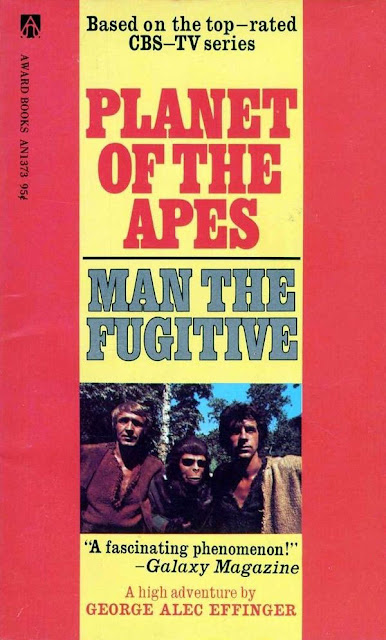 I only recently became aware of these two Award Books novels based on the CBS Planet Of The Apes television series, written by George Alec Effinger. I am assuming that they were based on the scripts for the early episodes of the TV show. 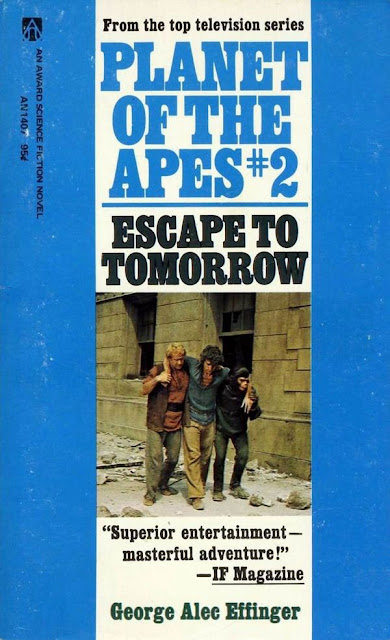 As I said, I missed these when they were published and have never stumbled across them in my travels. Being a fan of Burke, Virdon and Galen's adventures, though, I'm definitely adding them to the ever-growing list of vintage paperbacks that I need to hunt down online whenever I've a few bucks to spare.
Posted by Christopher Mills at 3:47 AM

Email ThisBlogThis!Share to TwitterShare to FacebookShare to Pinterest
Labels: 1974, Books, Memorabilia, Planet of the Apes