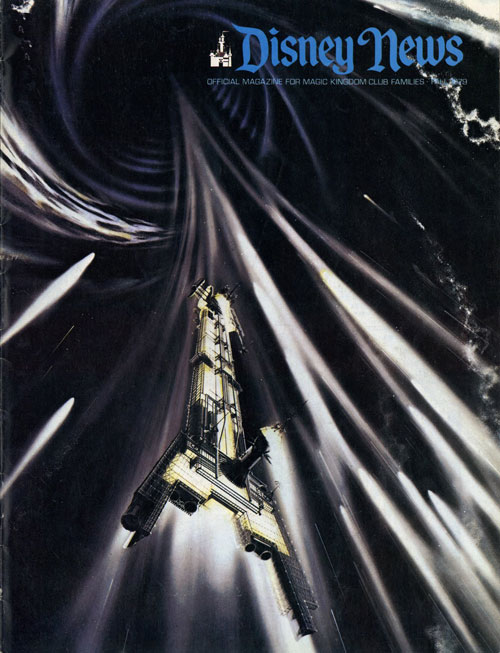 Disney News was an official studio magazine that was published exclusively for members of the company's "Magic Kingdom Club" for many years, beginning in 1965. In the 90s it became Disney Magazine. This 1979 issue sports yet another piece of dynamic promotional art for the studio's outer space epic, The Black Hole. Cool stuff, huh?
Posted by Christopher Mills at 12:46 AM