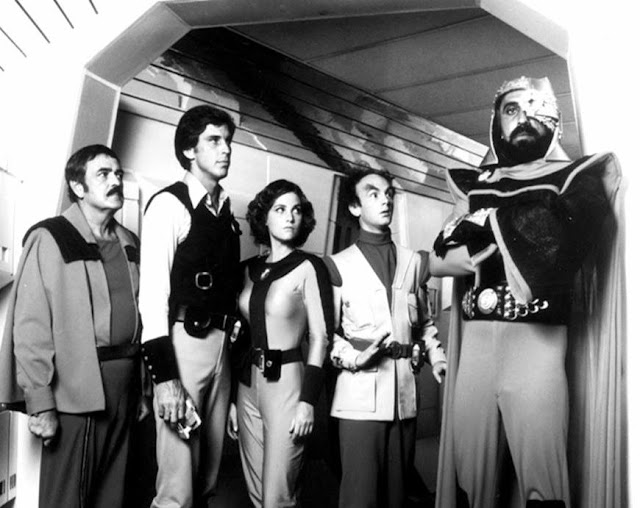 Fans of Filmation's Saturday morning sci-fi romp, Jason Of Star Command who haven't yet picked up or found a copy of the (rapidly becoming rarer) DVD set, might be interested to know that the series has just been added to Netflix's instant play service. There, it joins such other Space: 1970 favorites as Battlestar Galactica (the original), Buck Rogers In The 25th Century, The Incredible Hulk, Galactica: 1980 and Star Blazers for easy streaming on your computer or television. Hopefully, they'll add Space Academy and Ark II eventually (at the moment, they're both available only as DVD by mail rentals).

In tangentially-related news, Space: 1970 reader Tim Snider has informed me that the aforementioned Space Academy is currently airing on DISH Network's KTV channel as part of a block of vintage kid's television programming.

Filmation lives on....
Posted by Christopher Mills at 5:37 PM