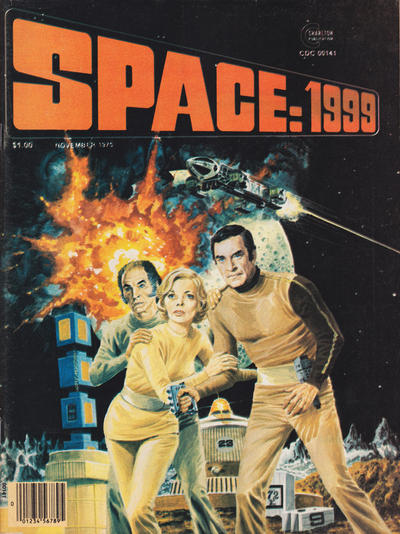 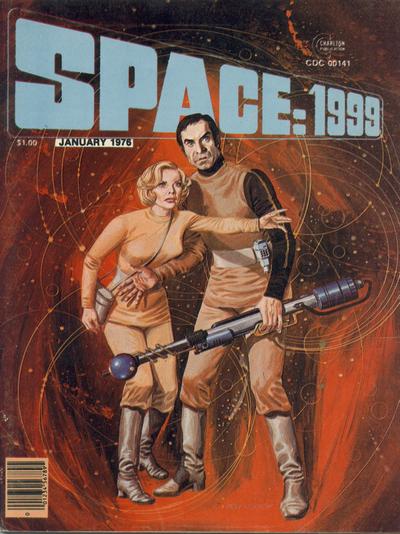 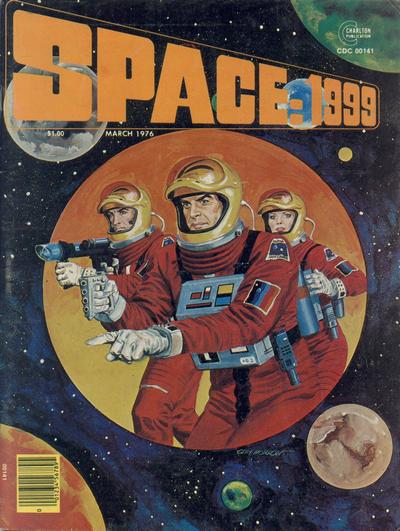 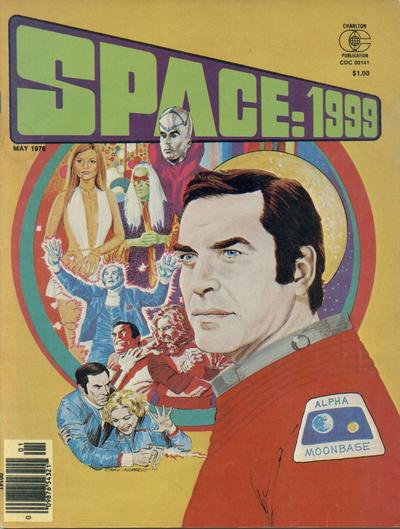 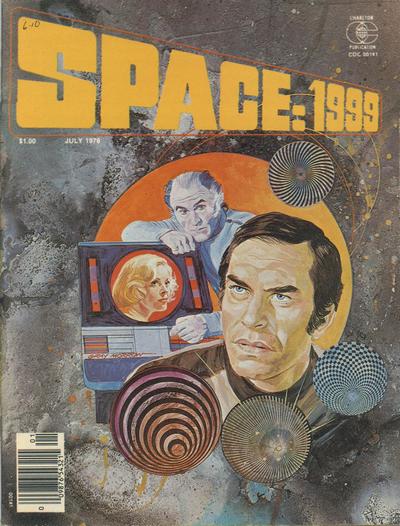 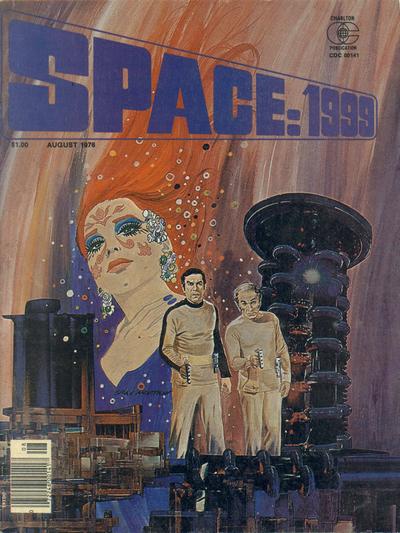 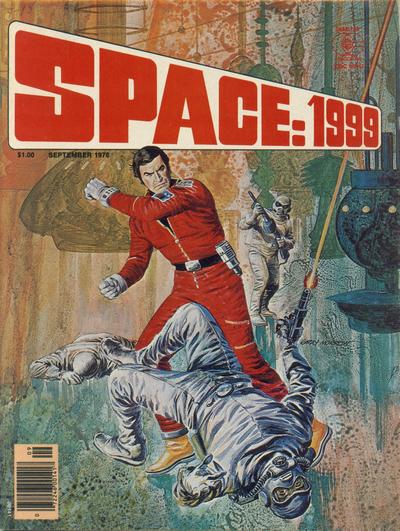 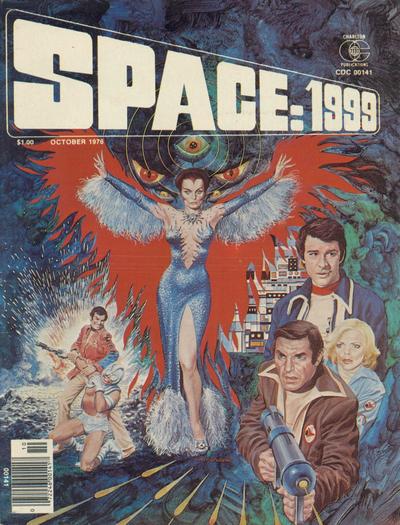 At the same time that Charlton Comics were publishing their monthly, four-color comic book series based on Gerry Anderson's Space: 1999, they also published a magazine-sized, black & white companion series. This series ran for 8 issues in 1975-76. The interior stories were produced by Neal Adams' Continuity Associates studio, and all of the cover paintings were executed by the amazing Gray Morrow.

I love Morrow's paintings on this series. They're very imaginative and reminiscent of some of the sci-fi paperback covers and B-movie posters he painted.

Sadly, I don't actually have any of these magazines. As far as I remember, I never saw them on any of the local newsstands when I was a kid, although the color comic wasn't hard to find. I've hunted for them in various back issue bins over the years, but never came across any copies. I've poked around online, too, but never found any that I felt were reasonably priced. Oh well....

Posted by Christopher Mills at 4:31 AM