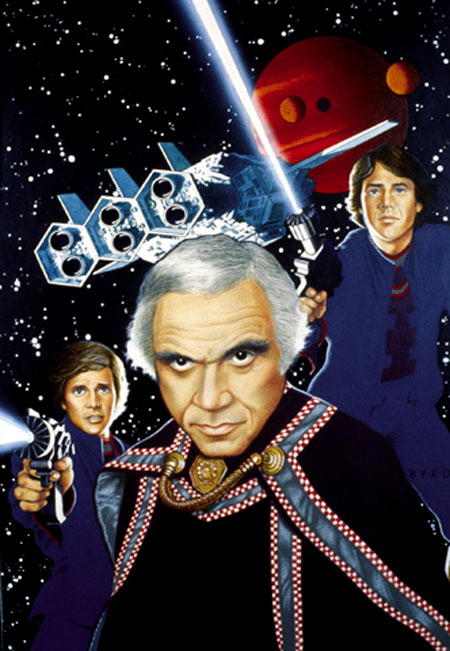 Look what I found! It's a scan of the original art for the September 16, 1978 edition of TV Guide magazine, painted by David Edward Byrd." I've made fun of this cover before for the artist's transparent attempt to pass off 2001: A Space Odyssey's iconic Discovery spacecraft as the mighty Colonial Battlestar Galactica -- but looking at it again, it's actually a pretty nifty painting (although the colors on this scan do differ considerably from those on the published cover). 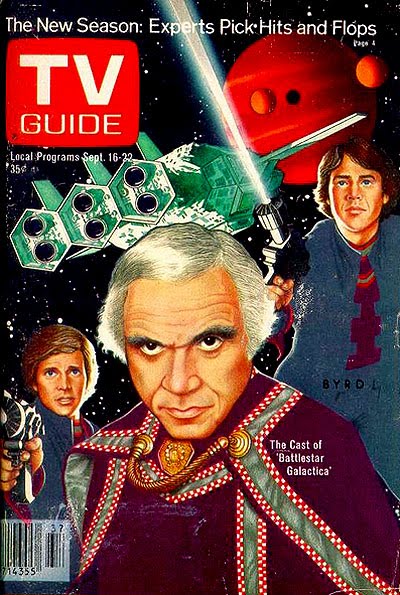 And here's the art as it appeared on the actual magazine cover. This really brings back memories, and illustrates just what a big event Battlestar Galactica was for 70's network television.....

ADDENDUM: Thanks to Space: 1970 reader/Galactica blogger "aficionadofan," here's a link to the painting on artist David Byrd's own site.
Posted by Christopher Mills at 4:13 AM