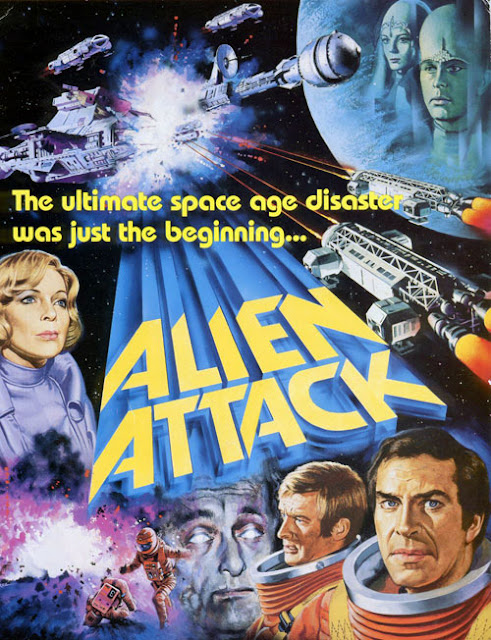 In order to help recoup the high production costs of their TV series, Space: 1999, production company ITC Entertainment edited together various episodes into 2-hour "features" for television syndication and International theatrical distribution in the early 80s. In all, four "movies" were cobbled together from the two seasons of 1999.

The first of these, Alien Attack, was comprised of the first season episodes "Breakaway" and "War Games," along with a few minutes of new footage shot for the release. These new scenes featured actor Patrick Allen and provided an opportunity to see what was happening on Earth when the Moon was knocked out of orbit... although the 1999 setting of the series was changed to a more futuristic 2100 for the feature!

This artwork (and I wish I knew who the artist was) appeared on an ITC promotional flyer distributed to television syndicators. Here's the flip side: 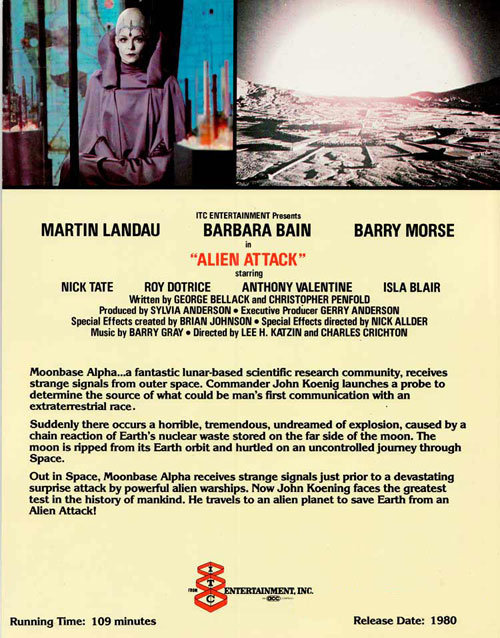 Posted by Christopher Mills at 4:22 PM