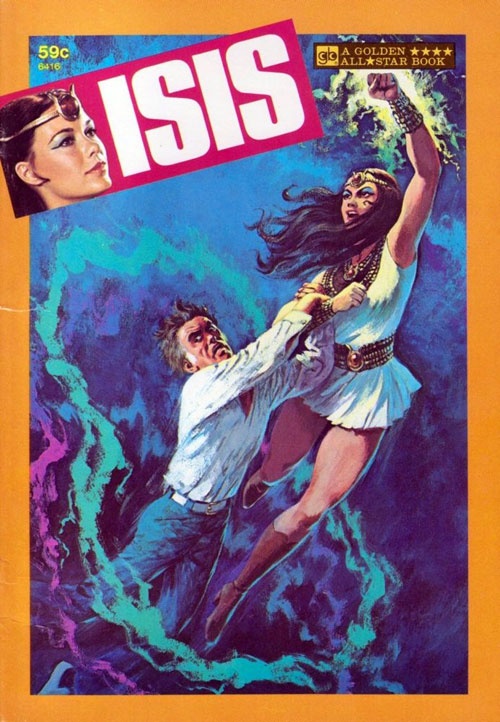 As I've mentioned before, there weren't a whole lot of licensed products based on Filmation's live-action Saturday morning children's shows. There were some Space Academy action figures (if anyone has good pix of those toys, please contact me), a Jason Of Star Command paperback novelization, and some cheap rack toys branded with various Filmation trademarks.

The company's original superheroine, Isis (portrayed on television by the gorgeous Joanna Cameron), did get a Mego action figure, a short-lived comic book series from DC Comics, and this Golden "All Star Book" for kids.

I don't own a copy, though I believe I've seen it at conventions. Mostly I wanted to show it here because of that terrific, painted cover art. I don't know who the artist was, but the style does look familiar (the faces remind me somewhat of Nick Cardy's work, but I don't think he painted this).
Posted by Christopher Mills at 4:42 PM