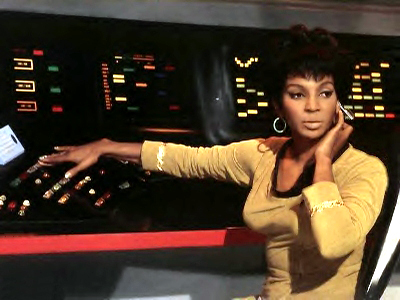 •  Hard to believe I haven't posted one of these "Captain's bLog" entries since August. I know that posting's been a bit light over the last two months, as well. Hopefully, with luck, my productivity will increase a bit in the coming months, and I'll be able to finish up some of the posts I've slowly been working on. I've also somehow neglected to post any new "Space Babes" since August, but I've got a great choice already picked out for November. Stay tuned!

•  Check This Out: The Super Saturday Short-Lived Show Showcase blog (which is pretty much exactly what it sounds like) is currently running episode-by-episode reviews of the Richard Benjamin sci-fi comedy series, Quark. Bloggers Anthony Williams and Noel Thingvall are watching the show for the first time and sharing their opinions of each episode on a weekly basis. It's a cool site, and well worth checking out.

I'm really enjoying their reviews and encourage them to take a whack at a few other short-lived Space: 1970 favorites in the future, like The Fantastic Journey, The Phoenix, and Salvage I. Of course, as none of those shows are commercially available on home video, that might prove a little difficult... 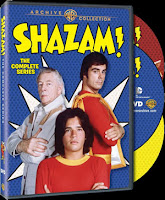 •  New on DVD: The two big 70's genre DVD releases for October are: 1.) the wide release (after a couple months as a Best Buy exclusive) of the second season of The Six Million Dollar Man, which hit shelves a couple weeks ago, and 2.) the complete Filmation live-action Shazam! Saturday morning series, from Warner Archive, which went on sale this week.

I hope to get my hands on the Shazam! discs shortly, and when I do, I'll definitely be reviewing them here at Space: 1970.

•  Blatant Cross-Promotion: And here's my usual shameless plug: anyone who enjoys my writing and reviews on this blog  should check out my DVD Late Show site, where I have been reviewing B-movies, cult films and genre television shows on DVD and Blu-ray disc since 2005. Among the over 700 reviews on the site are plenty of Space: 1970-era favorites, like Battle Beyond The Stars, Damnation Alley, Starcrash, The Starlost, the Space: 1999 Blu-rays, and many more.
Posted by Christopher Mills at 6:25 AM